A grexit tragedy or a European farce 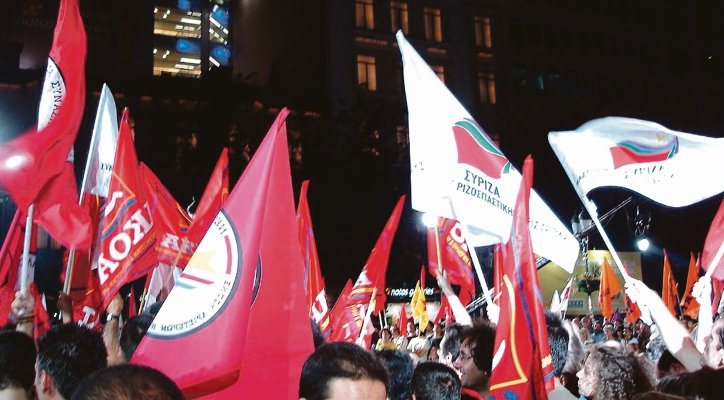 GREEK VOTERS: Germany believes an exit from the euro is almost inevitable.

According to reports, Germany believes a Greek exit from the euro is almost inevitable if the left-wing party, Syriza, triumphs in this month’s election but that such an outcome no longer threatens the eurozone.

This is merely classic brinksmanship. Syriza, ahead in the polls, is deliberately staking out an extremely defiant negotiating position to entice Greek voters so that, if elected, its government can demand more EU bailout money while refusing to honour Greece’s current debt.

For its part, Germany is dropping equally defiant hints that any non-compliance by a Greek government with honouring its debts would result in ejection from the euro, an outcome which, they’re keen to let the Greek people know before they vote for Syriza, would now cause Germany no major headaches.

Needless to say, each side is being economical with the truth because each has every reason to issue misleading statements: Syriza to bid high in order to win votes – and more concessions from Germany; Germany to talk up the odds of Greek ejection as a threat to Greek voters (and any other eurozone nation unhappy with austerity), although this unravelling of the EU project is the last thing Germany (or the rest of the EU) wants.

The underlying worry would remain that if Greece leaves the eurozone but remains in the EU, the domino effect might result in the exit of other nations. Cyprus might, for instance, follow Greece and the market vultures would doubtless then turn the spotlight on other austerity-stricken countries like Italy and Portugal to test their market strength. The eurozone could experience a gradual breakup resulting in a smaller but more viable EU. Quite apart from the UK’s own election outcome this May, the EU could face a concatenation of surprises in 2015 transforming it for ever.

As for Spain and its own general election in 2015, the governing party (the Partido Popular) is drawing comfort from the fact that the left-wing, equally successful Syriza-like party, Podemos, would be badly hurt by comparisons with Syriza if Syriza is elected and Greece subsequently defaulted and/or exited the eurozone.

Ultimately, though, the situation will inevitably be addressed neither with Grexit nor with debt default, but with lashings of the EU’s favourite confectionery: fudge. So, maybe less a Grexit tragedy than an EU farce?