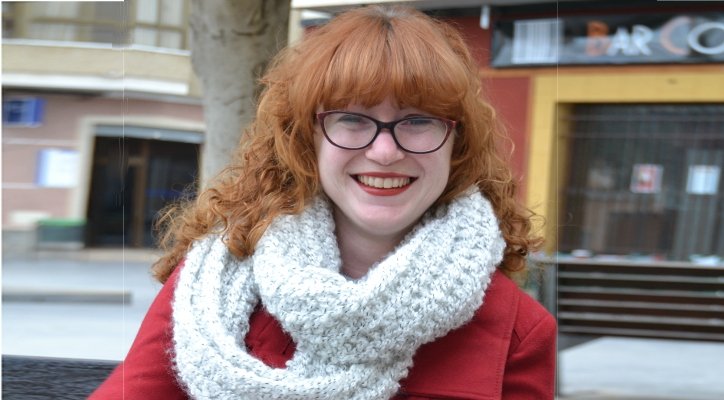 VICKY: Won a part in a new Spanish police drama.

AS part of our series Euro Weekly News reporter Gemma Quinn has been out and about to see what skills, talent and inspirational people can be found on the Costa Blanca. This week she met up with a budding young actress….

VICKY CARTLEDGE is a nursery teacher by day and a budding actress at night.

The 24-year-old from Los Montesinos is staring in Siesta Productions’ film ‘The Cucaracha Club,’ which is being filmed around the Costa Blanca, after being approached last summer by founder of Siesta Productions and writer of the film, Billie Anthony Gaddess.

“I had met Billie when I was a member of the Adhoc players amateur dramatics group but I hadn’t done anything for a while so his call came completely out of the blue,” she said.

Her appearance in The Cucaracha Club was obviously such a hit that she was offered another part, so, with a quick change of hairstyle, she reappears as a different character.

With her involvement in the production growing and her mum joining the board of directors, Vicky found herself in Aspe with some others, working as an extra for a Spanish production company that they had met during filming.

She was then invited to join an open casting call in Elche the following week: “I went with my Mum and we eventually found it, but over 2,000 people had turned up and there was nowhere to park so we came home.”

However, that hadn’t deterred the producers, who emailed asking her, if she was still interested, to send her CV, before she was offered a part in a new Spanish police drama being shot in the area by Canspan Film Factory.

Vicky plays a BBC reporter in the dual language production, which is set in Madrid. Unable to divulge too much about the show, Vicky had learnt her lines and was desperate to get back on set in Elche after bad weather had postponed filming.

So with the acting bug taking hold and a prospering career looking likely, is it something Vicky has always dreamed about? “I was more of a dancer really and I did all the dance classes I could. I joined Adhoc as a hobby and a way of meeting new people.”

Vicky is undoubtedly loving what challenges and opportunities are being thrown her way, but is refreshingly realistic: “It is mostly just a hobby which I love and if anything comes of it then fantastic, but we will just see where it goes. It keeps life interesting and at least I won’t ever be wondering ‘what if.’”