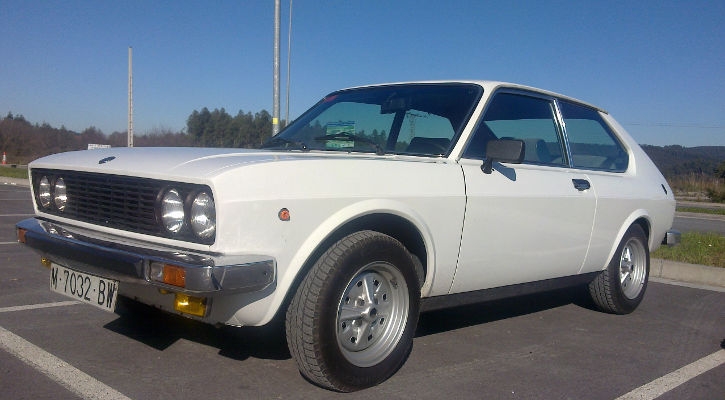 FOLLOWING Franco’s death in 1975, smart and democratic folk jumped to the sun to invest.

It was like a cloudburst of money falling upon our arid and forgotten desert. Honestly, people queued at our office to buy anything Spanish.

I made so much money so quickly I decided to splurge to my highest imaginable goal of financial opulence and buy a new car. By design that type of car has become one of the classic ugliest cars ever produced (Seat 128). But its unique reverence was that it was my very first new car -ever. Unfortunately, it had a built-in obsolescence due to me not knowing certain ‘indelible Spanish laws’ both legal and cultural. It lasted just three days.

If you’re really making big money, the downside is you don’t have the time to spend it. I had homes to finish within their due date. Clients too never EVER paid up until they moved into the house so a fairly large carrot was constantly dangling over my head, until client satisfaction.

Oh, I so wished to take the family out for a drive with my new acquisition. Give it a run and of course let a few friends gawk.

It never happened. I simply had to finish a house gifted from a wealthy man to his mistress. All the work was done except the inside painting.

My expert on that assured me it would be finished by Thursday night. It wasn’t. In fact, he got lost in some village fiesta somewhere and missed Friday too.

Now, the scene gets complicated, my wife was painting, I was painting and so was the painter, his wife and his kids, after I found him. We were making progress but I was clever enough to observe we were running out of paint. I queried where could we get more paint at 6pm on a Saturday. The painter said he knew a warehouse in Garrucha but they required cash. I just had to get that job done.

The mistress was nasty when she drank and I did not want to incur her wrath and verbal abuse at every dinner party for the rest of my life. Unhesitatingly, I peeled off a bunch of bills from the new wad I carried, threw him the keys and told him to take my car but BE CAREFUL. Off he roared. Well, he wasn’t back at 7pm, or 8pm not even 9pm. Fortunately, friends lived next door and said they would give me a ride home via the Guardia Civil as my car had obviously been stolen.

In I strutted to the boys in green in a furore, and started making my claims of how the car had gone missing. The sergeant interrupted me and announced: “Plankey, you have much to learn about Spain. Here, you don’t loan your car, wife or shotgun to anyone. Ever!”