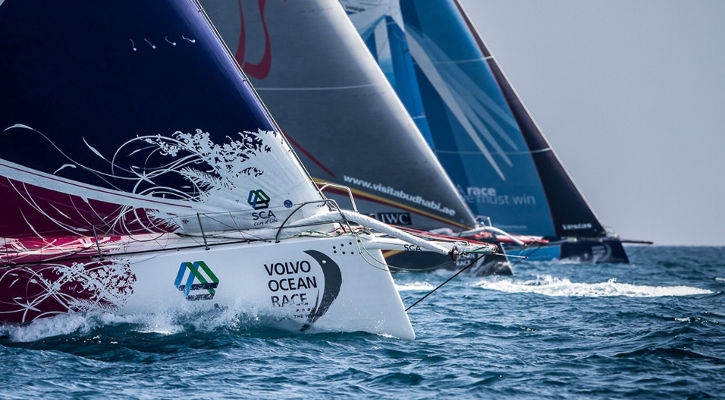 VOLVO OCEAN RACE: Is almost half way through its term in New Zealand.

WITH the Volvo Ocean race almost half way through its term, the yachts and crews find themselves on the other side of the world in New Zealand.

Auckland is playing host this weekend with a huge spectacle in port race on Saturday, and an end to the festivities on Sunday when the race begins the fifth leg across the Southern Ocean to Itajai in Brazil.

The race which set off exactly five months ago from Alicante on October 11, is due to finish in Gothenburg Sweden on June 21.

But while the focus of the seafaring world is safely Down Under, we can take a look at what’s in store for yachtsmen in 2015 on this side of the globe.

The Balearic Islands once again will prove to be the number one destination this year for people who like getting their feet wet. The Balearics are well known for being the well developed holiday islands that offer lots of pleasurable summer cruising with minimal winds and many picturesque anchorages.

Although high season mooring places can be hard to find and a little costly, the fact that you have more than 30 marinas to choose from on Mallorca alone means the search is as good as the trip.

On the southwest coast you can find; Real Club Nautico de Palma Marina, which is not only the oldest and largest marina in the Balearics, but is the home base for many prestigious regattas such as the Kings Cup and the Princess Sofia Trophy. It boasts over 900 moorings along with sailing and canoe schools. A bit further south is; Club Nautico la Rapita Marina which is situated at the northwest end of the beautiful Playa Es Trenc and has some 460 moorings. If you prefer to try the north of the island, maybe the Reial Club Nautic Port de Pollenca could be more to your taste. With 375 moorings for all types of craft up to 25 metres, and includes; a club house, bars, restaurants, and halls for holding social events.

Wherever you end up in the Balearics, you know you won’t be disappointed. As Ralph Waldo Emerson would tell us; it’s as much about the journey as it is the destination.