Bulbs, daisies and succulents will help to brighten up your garden 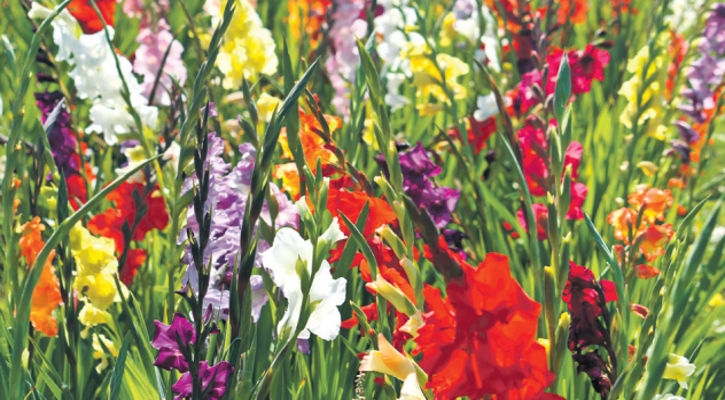 AMAZING COLOURS: To brighten up your garden.

EASTER was early but with some unusually hot days gardens were amazingly colourful and continue to be so, especially helped by the wide variety of spring bulbs that enjoy the Spanish climate and likewise the daisy like plants and some succulents. Some frequently successful plants are listed below.

The most reliable spring bulbs include the following: clivias, crocosmias, freesia which in a few years build up large thick patches through self-seeding, grape hyacynths, irises – flag, Dutch and Spanish, and the exotic flowered Peruvian lilies. All these are best sown as bulbs during the autumn or winter.

As these die back they will be followed in late spring and summer by others such as the following; agapanthus, canna lilies, day lilies, eremurus, Society garlic, mirabilis – San Diego which often self-seeds, gladioli, and summer lilies. These are again best and most economically sown as bulbs or in the case of miribilis as seeds from the autumn to spring.

Many varieties are available as established plants about to flower or in flower in well stocked nurseries.

Garden centres are well stocked with these in April and many are imported. Popular ones are as follows; Argyranthemums – marquerites, Osteoperums – African daisies, Euryops – Paris daisy, Felicuia – blue daisy, Arctosis – African daisies, Dianthus – carnations and various forms of Gazanias.

Smaller rather than large plants are generally easier to establish as well as costing less. Some of these plants can self-seed. Young plants can be left in situ or potted up and brought on to develop strong plants for planting out after three or four months. Plants can also be propagated from cuttings.

Dead heading keeps all these varieties flowering for months.

Naturally the flowering of succulents depends on how many hours of sunshine they enjoy daily and how sheltered they are from cold winds. The ones out for Easter in our inland 400 metre high south facing garden are as follows; cotyledons, crassulas, euphorbias, mesums, lampranthus – ice plants and several forms of kalanchoas.

Details and photographs of most of these collections of plants will be found in Part Four of the book ‘Your garden in Spain – From planning to planting and maintenance’ now most easily available from major internet book shops including Amazon Books.

All the plants listed can be grown successively in pots, raised beds and the the open garden.

Regarding soils, all do best in fertile, rich in humus water retaining but free draining soils. However to prevent rotting setting in, it is helpful to place a little grit under each bulb when planting them.

Succulents also benefit from special treatment. In this case a mulch of rock chippings or ground volcanic ash.

All of the plants mentioned can be used to brighten up apartment terraces as well as villa and townhouse gardens.