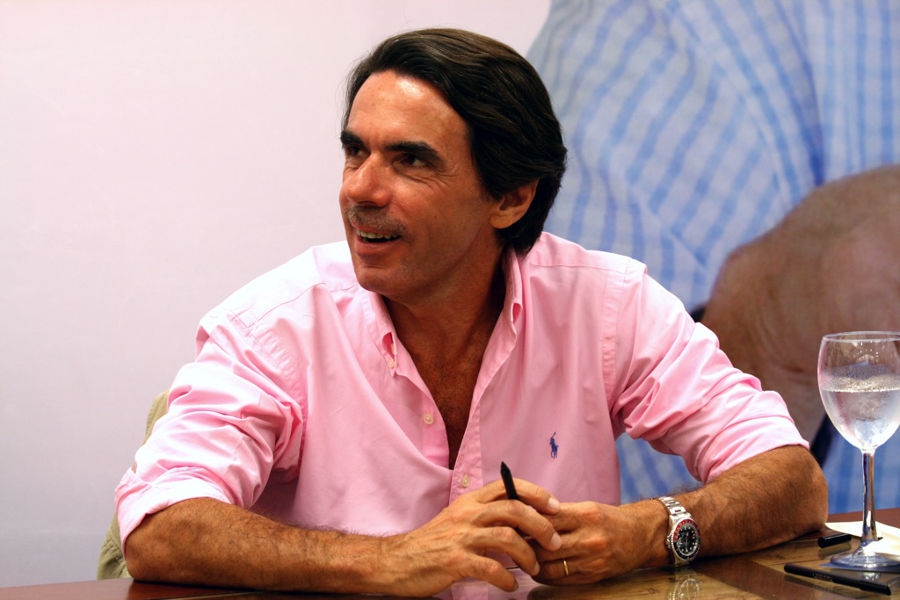 Summing it all up

MADRID City Hall spent around €500,000 digging up the crypt where Don Quijote’s creator Miguel de Cervantes is almost certainly buried, hoping to find identifiable remains.
Yet the Association for the Recuperation of Historic Memory, which hopes to locate bodies tossed into unmarked roadside graves during the Civil War, has to rely on a $100,000 US award to keep going. Something in this situation doesn’t add up – and it’s not the arithmetic.

MARIANO RAJOY must disappoint Jose Maria Aznar.
The former president, emulating American presidents, declined to stand for a third term in 2004. Contenders to succeed him included vilified former vice-president and Economy minister, Rodrigo Rato, recently drummed out of the PP ranks for money-laundering and dodgy accounting.
Rato was overlooked and Mariano Rajoy anointed but he upset Aznar’s plans by losing the March 2004 elections. Every political pie would have had godfather Aznar’s finger in it had he won then, but once Rajoy finally closed the Moncloa door behind him in 2011 he was his own man, not Aznar’s.
To keep hardcore PP voters happy Aznar was administered in measured doses during the recent election campaign but contact was scant between both men. No doubt Rajoy will be able to savour some Aznar-less months until the November General Election when the entire charade must start again.

Second thoughts
UKIP only fell apart after a General Election because even anti-everything Britons thought twice before decamping to the wasteland of populism.
And next November that could happen here with UKIP’s mirror-image, anti-matter counterpart, Podemos.

Just passing through
SPAIN has been asked to accept thousands of the asylum seekers who cross the Mediterranean to find better lives.
The government has pointed out that although the Spanish economy is improving, the country, services and labour market are in no fit state to accept so many. Probably this is not the problem it seems: Spain is so parsimonious with handouts that the immigrants will soon move on to where the grass is greener and benefits more plentiful.