The countess and the judge 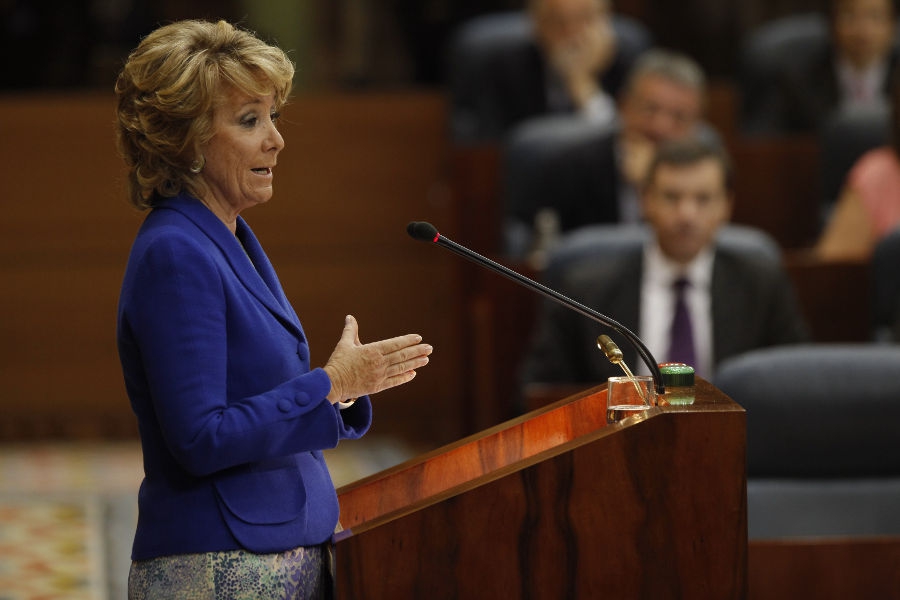 The paint is now dry

THE CiU nationalists were Cataluña’s most-voted party in the municipal elections, but the PSC socialists overtook the ERC left-wing republicans.  Regional president Artur Mas of the CiU party, who wants to guide Cataluña towards independence with ERC’s help, routinely forgets that Catalan nationalism does not automatically entail separatism.
Mas has painted himself into a corner over the last three years but the paint is dry and he could step out and step back from independence. Then he might stop haemorrhaging votes.

ESPERANZA AGUIRRE, refusing to abandon ambitions of becoming Madrid’s mayor, claimed the law was on her side.
Despite lacking an overall majority, the PP was the most-voted party in Madrid in the May 24 municipal elections. That entitled her to take over city hall, not left-wing retired Supreme Court judge Manuela Carmena who co-founded the Calle Atocha law office where neo-fascists murdered five lawyers in 1977.
This begs one trenchant question of Espe (or Condesa de Bormos depending on the occasion). If, as the most-voted candidate, she is legally entitled to become Madrid’s next mayor, why did her party refuse to accept the equally most-voted Susana Diaz as Andalucia’s regional president?

Tearful ending
PODEMOS voiced willingness for pacts to keep out the PP although party leader Pablo Iglesias stipulated that he will only pact with those ready for u-turns on key questions. In other words it could all still end in tears.

Trickling away
SPAIN’S president Mariano Rajoy admitted after the PP’s poor showing in the municipal and regional elections that perhaps he had been “too distant.”
The government could have explained things better, he conceded, but up close and personal wouldn’t have done the trick. Nor would using one-syllable words to tell the Spanish how he has put the country’s economy on its feet once more. They aren’t interested in balance-sheet economics, they care about money in their pockets and, if they are lucky, a regular pay cheque. Until the Spanish have both he could just as well save his breath.