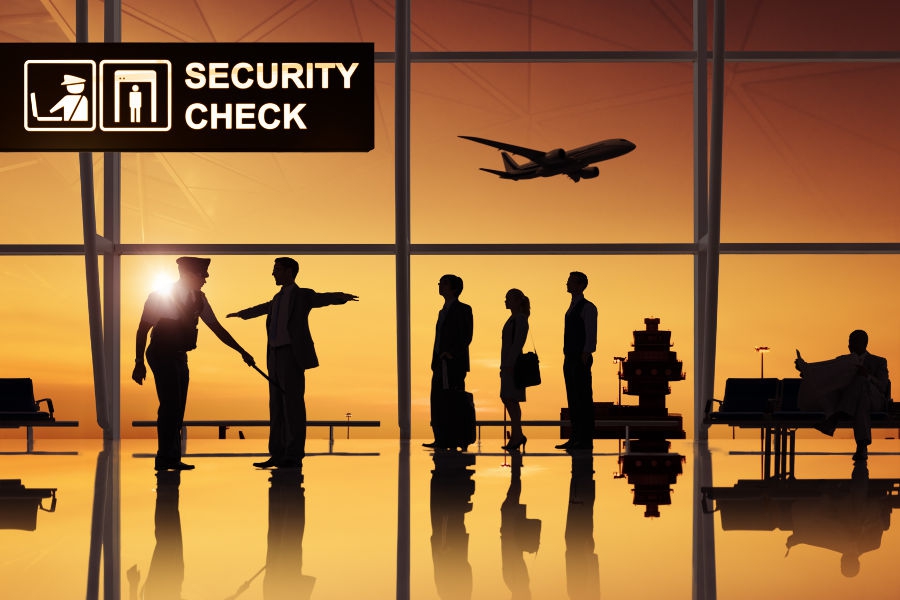 DELAYS ON ARRIVAL: New border controls are a lengthy process.

OH to be in England now that ‘summer’s’ there! Getting there is, of course, is a different matter entirely. Out of a 10-hour trip from Spain to the glorious Norfolk countryside, only two hours 40 minutes were actually spent in the air. A significant chunk of the trip is now taken up at Arrivals.
Talk about from the sublime to the ridiculous! The new border controls really do take the whole tin. It had been previously mentioned to me that I could expect some extra delays on arrival, but nothing prepared me for the sight that met my gaze when I entered the Arrivals Hall at Stansted Airport.
There before me materialised at least 200 travellers, all shuffling miserably along those awful zig-zag ribboned corridors. A meandering, brain-numbing journey that seems to take forever. A trip that leads you to keep passing the same faces over and over again until you finally arrive at the reason for this, the latest ‘catch ’em at the border’ project.
Not only do they want your passport details, they now also require a mug-shot. When you do finally reach the front of the line, uniformed individuals curtly order you to “proceed through the low saloon doors when the green arrow shows.” You are then instructed to stand on the designated ‘footprints’, place your passport in the slot and look directly at the screen in front of you. Judging by the blaring alarms that kept screeching out, they were detecting about one illegal alien a minute! Not that I saw any arrests, of course. Most of the alarms seemed to be triggered by little old dears, bewildered by the whole new border airlock technology. Even my machine instructed me to try again. Frankly it is now easier, and quicker, to enter Britain clinging to the underside of a truck.
One thing that did get my interest, was the reaction of a fellow traveller behind me. He grunted his disapproval of it all and when I replied by stating that this was what the immigrants had done for us, went quite pale and with furtive, almost panicky glances around, made a point of ignoring me for the rest of the whole shuffling journey.
Obviously still can’t state the obvious, Leapy, may offend someone.
Keep the faith,
Love Leapy, [email protected], www.leapylee.co.uk

Editor’s note: In last week’s column Leapy wrote that the US would have to make war on Islamic State. This was changed in the production process to the Islamic World, which was not his meaning.