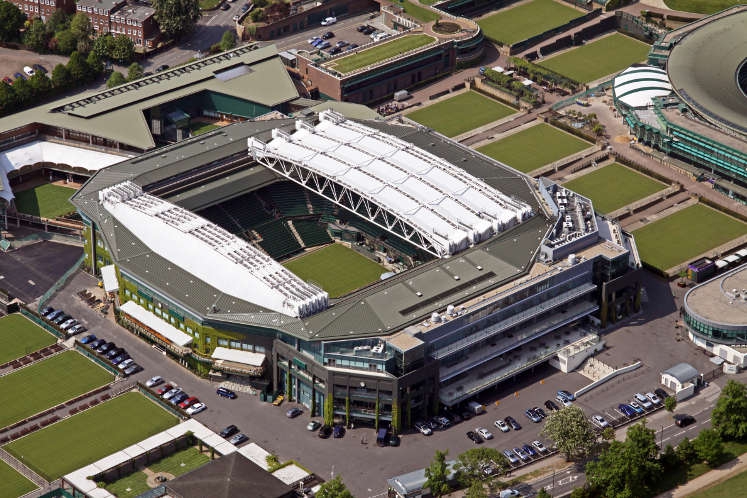 WIMBLEDON 2020 TO BE CANCELLED: Coronavirus serves a blow to the tennis tournament.

I DUNNO. Call me a cynic, but to my way of thinking Cliff Richard’s behaviour, after his paedophile accusations, simply doesn’t sit right.
Personally, if I were a celebrity of his stature, was innocent of these insinuations, and could grace just about any media platform I chose, I would be screaming my innocence from every outlet available.
I would be insisting my accusers prove their allegations, calling for the police to clarify their position and making just about all the angry noises and denials I could come up with.
But Mr Richard hasn’t done any of this has he? He’s all but disappeared. Apart from one brief and haggard appearance on British shores he hasn’t set foot there.
He has, however, been reported as staying at his vineyard in Portugal, living in Barbados and, even more oddly, taking out Barbadian citizenship.
An even more inexplicable decision has been the announcement that for the first time in 20 years he will not be attending Wimbledon; an event where he has almost become part of the furniture.
The reasons given are even more bizarre. He says he doesn’t want to distract from the tennis! Wot!?
Well frankly I think his actions are somewhat suspicious to say the least.
I suppose I was as affronted as most sane citizens were when I read of the toe rag that had his electronic tag removed because he ‘thought it was a bomb.’
The authorities decided that if this was indeed the case, then the tag was infringing his human rights.
Did you ever hear such pure unadulterated poppy cock? Do we actually pay the people who make these demented decisions? Heaven help us all. On reflection it’s not a bad idea.
Put a small explosive device in all of them. Set it to go off if they fail to comply with the restrictions, bet that would keep ‘em all toeing the line. Dream on Leapy.