A fairytale wedding… do they live happy ever after? 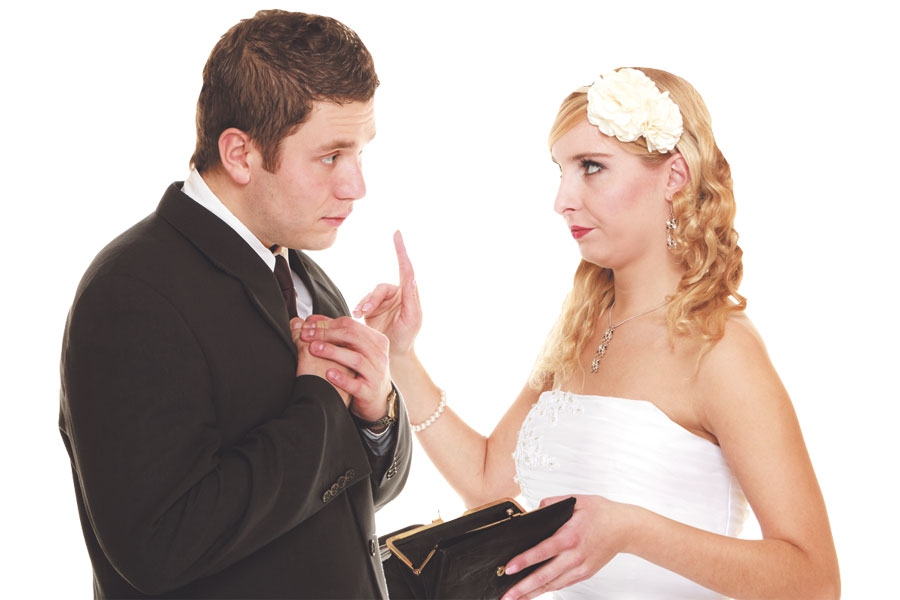 BIG DAY: It’s time people focused on the marriage rather than the wedding.

WITH the wedding season in full swing, a survey by You & Your Wedding (the UK’s leading bridal brand) has revealed that, despite the tough economic climate, brides are more determined than ever to have the wedding of their dreams – at a time when the average cost of a wedding last year was over £20,000 with 50 per cent of brides expecting to go over their initial wedding budget.

Hardly surprising, then, many newlyweds now start married life in debt. Or that some go to ever increasing lengths to recoup wedding costs by selling on eBay items bought from their gift list to generate cash!

But it’s not just the newlyweds who run up costs. Someone I know of went to five weddings last year, a couple of which also involved stag ‘dos.’ The total cost (presents, accommodation, food, drinks etc) he reckoned amounted to several thousand pounds (one wedding alone left him with a bill for almost £1,000).

He’s been engaged now for a couple of years, but still can’t afford even the most basic, ‘no frills’ wedding for himself – mainly because he’s constantly being invited to other people’s.

But isn’t it about time people focused on the marriage rather than the wedding? After all, when all’s said and done, a wedding lasts only one day. With weddings such Hollywood-style productions nowadays, is it any wonder everyone forgets why they’re actually there, and why a few years later they’ll be experiencing that other procedure called ‘divorce.’ With the same people complaining about the cost of living,  renting because they can’t afford to buy, their children’s tuition fees etc. But then, a fool and his money…

They say it’s the bride’s big day. And there’s me thinking it’s two people getting married! Call me a nostalgic but, please, less stage management and expense, more commitment and sobriety!

As we all know, an OTT celebrity-style wedding isn’t the fail-safe recipe for a happy-ever-after scenario. At the wedding of someone else I know of, it was just the two of them, a couple of passers-by they invited in (whose names they didn’t know) and the registrar. And, yes, they’re still happily married.