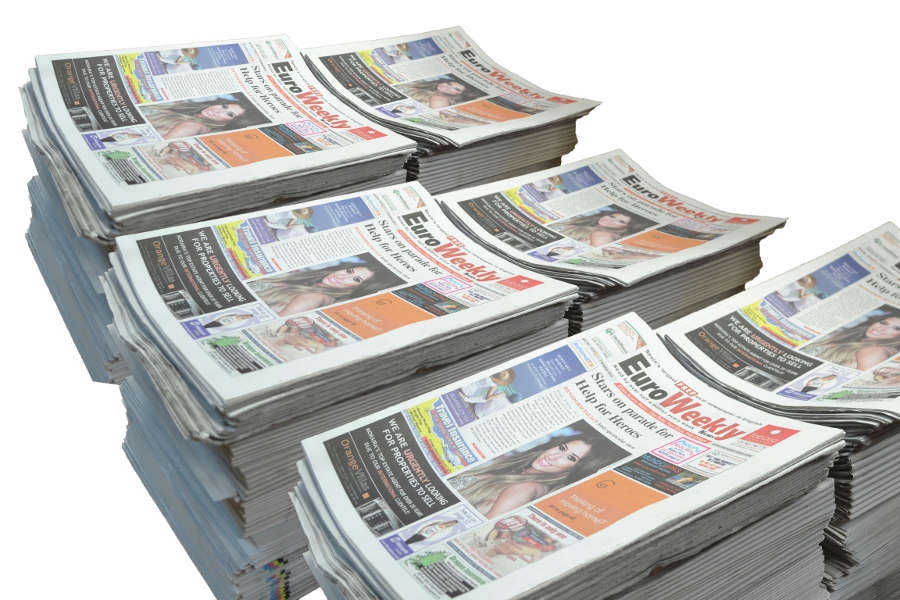 MICHEL and Steven Euesden the owners and publishers of Euro Weekly News were given a rude awakening early on October 1 when their printer telephoned with the almost unbelievable news that a pallet containing 3,000 copies of the Costa Blanca North edition marked for Benidorm had been stolen from our distributors in Finistrat.

This was the bad news, but the good news was that the printer, knowing how important it is to have the newspaper ready to read on issue day (Thursday), had proceeded to print a further 3,000 copies and dispatched them to the distributor. We can´t thank him enough on behalf of the newspaper and the community who benefit so much from the content of EWN.

We now know the number of the vehicle that stole the newspapers and this has been reported to the authorities, but what we don’t know is the reason for doing such a bizarre thing.

Fellow professionals in the industry like the Round Town News and the Costa Blanca News have the same ethos as the EWN as, once the papers leave the printers, it is the property of the advertisers so this is clearly the work of amateurs.

Generally, we prefer to report the news rather than make it but on this occasion, whilst upset with the loss, we are delighted with the response from our suppliers who know how much we value our community of readers.

We are lucky at the EWN we have, over 20 years, formulated plans and systems to cover every eventuality and with a fantastic team of people who are proud to, in this case, literally stand and deliver so we will never be beaten.

Be assured that we will let everyone know once the culprit is apprehended. However, if anyone has any further information on this failed act of sabotage that puts at risk people’s earned contracts of employments, please contact john smith on our news desk; yes that is his real name!