When the navy came to town, it had to be witnessed to be believed 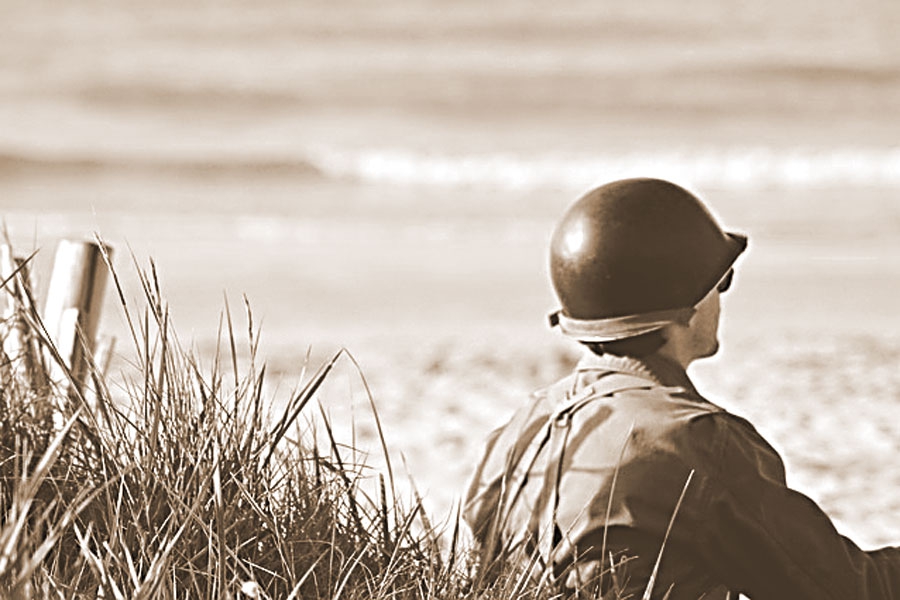 POLITE MARINES: In a foreign land aided the sandy drama.

Back in 1971 we had been away from our home in America for two long years. We would amuse ourselves trying to remember the good places to go and what we enjoyed eating. I could bring my partner to tears talking about pizzas or Chinese food, delicacies only to be dreamt of in our current situation. Then it happened, the newspaper announced a “joint military exercise to take place on the beaches of Carboneras by the Spanish and American forces.”

Now, that had to be witnessed to be believed. I envisioned; orderly Yanks filing ashore in columns followed by a procession of jeeps, trucks, guns and boat loads of equipment. Then the Spanish swimming ashore, building small fires on the beach to dry themselves and cooking chorizo and drinking bottles of beer. It was luring enough to make it worth the journey.

So we loaded the car with our boys and a few stragglers from the neighbourhood and drove off in a ‘cloud of dust’ in search of a maritime adventure. We only had to get to the top of the winding pass wherein we could look down on Carboneras below to realise the entire endeavour was definitely for real; huge boats surrounded by plenty of other smaller ships like little worker bees buzzing back and forth to the beach. The Spanish encampment was one single boat and not much activity.

We drove right into the heart of the action. There weren’t any police cordons sealing off the populace from all the tanks and large stacks of wartime paraphernalia. So, I stopped in the thick of it and let the kids roam while I took a higher position above the road and tried to ascertain just what the hell “manoeuvres” were taking place.

It was of no use. The yanks held a constant parade to the Spanish side to barter for beer and wine in trade for hats, insignias and Kennedy half dollars. I could identify no strategic manoeuvres so designed to help the combined sides win a war or stop an invasion.

Then along came the horse mounted Guardia Civil ready for action. They pranced into the fray of high powered military firepower as if they had done this before and concocted a game plan between themselves to order the American tanks into silly formations. Obviously they were all drunk and their lethal reputation rode before them.

Polite marines in a foreign land aided the sandy drama which ended up quickly into a large demolition derby, tanks bumping into each other and then crashing into supply trucks as they were directed about by the cigar chomping cavalry in green. Hell, if I had known, one crate of beer swapped would have garnered me more shooting power than the entire US Coast Guard.