Province in danger of becoming Catalonia 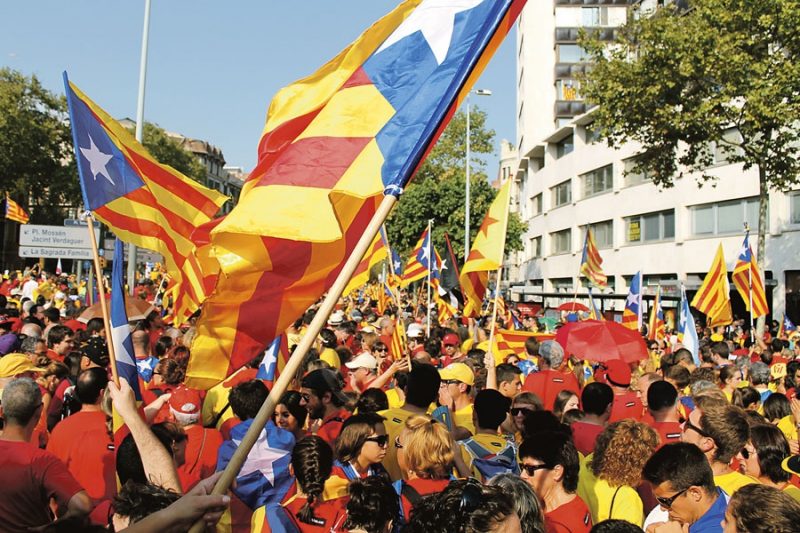 The president of the PP party in Valencia, Isabel Bonig, has warned that the province is in danger of becoming a Catalonia number two, under the direction of Ximo Puig (Compromis, PSOE-PSPV) and the tripartite now controlling the region.

The new government, which took control earlier this year, is already exhibiting signs of separatism, following in the footsteps of Artur Mas and Catalonia, and Bonig has warned that the people of the province must fight so as not to become a Catalonia II.

Over the 20 years that the PP ruled the province there was never an issue with the province’s autonomy, says Bonig. The regional dialect Valenciano was not spoken in Valencia but rather Castellano, the official language of the country and the third most spoken language in the world.

There also existed no issue of language and culture, which has been a highlight of the independent movement in Catalonia.

However since Puig and his party have taken power there has been resurgence in the promotion of Valenciano, with the regional department of education seemingly focused on removing Castellano all together from education.

In the majority of schools throughout the province there is already only an option for very limited study in Castellano, with most options in Valenciano. This has been achieved without consulting parents.

There have been relentless calls by parents to have a choice in the matter, and referendums have indeed been taken, but the results have consistently been ignored by the education department, seemingly preferring to promote their own agenda rather than provide a service requested by the majority.

This has left many parent associations calling for a law to guarantee the right to choose the language that their children will study in, they do not demand Castellano but at least a choice, as opposed to the current system which only realistically offers Valenciano.

The major issue for parents is that studying in Valenciano leaves their children disadvantaged and uncompetitive in a increasingly more competitive world. In an area where tourism is the major source of employment and languages are important, it makes no sense to teach in a regional dialect, not spoken or understood anywhere outside of the province.

Castellano, the world’s third largest spoken language is understood nationally and internationally, while other languages would be far more beneficial for students to form part of a bilingual education, such as English, German or Russian.

On other issues, Puig has recently stated that under his authority the province will continue with their unconstitutional provision of universal healthcare.

This is a move of blatant disregard to the constitutional courts decision which has suspended the Valencian law, and against the orders of the central government in Madrid and president Mariano Rajoy, echoing the stance taken by Artur Mas during his controversial and unlawful vote for independence in Catalonia.