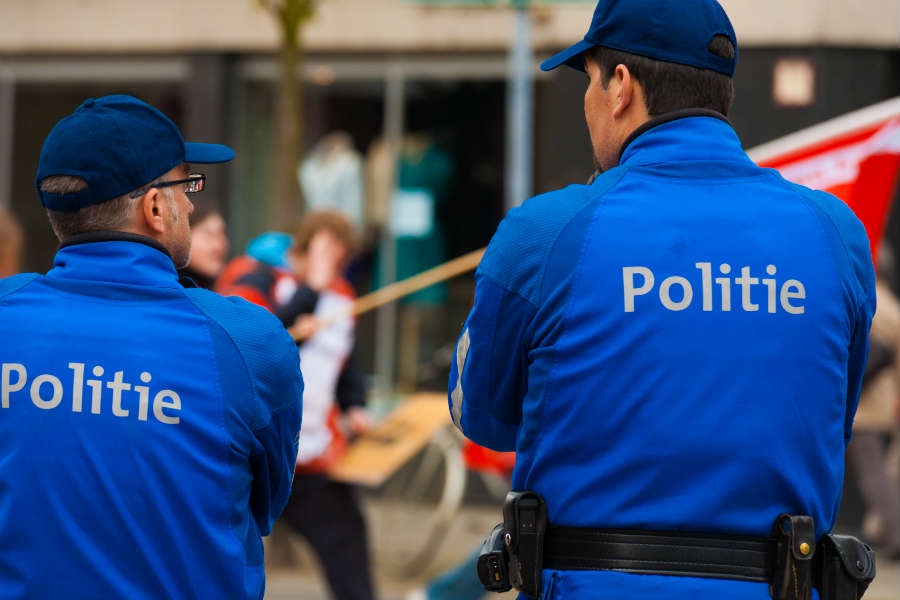 UPDATE: Brussels is on lockdown for a second day on Sunday as authorities continue to hunt terror suspects.

Two suspects are being tracked as soldiers and police continue to patrol the city.

Mayor of Schaerbeek, Bernard Clerfayt, said, “There are two terrorists in the Brussels region that could commit very dangerous acts.”

The metro is closed again on Sunday with the latest reports suggesting that it will be open again on Monday.

Salah Abdeslam, one of the planners of the Paris attacks which killed 130 people, is one of the suspects being hunted by authorities as Belgian media have reported sightings of Abdeslam around the Brussels area.

Jan Jambon, the interior minister, said, “There are several suspects, that’s why we have put in place such a concentration of resources. We are following the situation minute by minute. There’s is no point in hiding that there is a real threat, but we are doing everything we can, day and night, to counter this situation,”

THE terror alert level in Brussels has been raised to its highest on Saturday as Belgian authorities warned of a “serious and imminent” threat of an attack.

The metro has been shut in Brussels for the entire weekend as the level four threat means that public events including football matches are to be cancelled.

The public have been told to stay away from crowds at places such as shopping centres with a government spokesman saying, “The advice for the population is to avoid places where a lot of people come together like shopping centres, concerts, events or public transport stations wherever possible.”

The whole country was on a level three alert a week ago after the attacks in Paris as Belgium, and especially Brussels, have been under scrutiny since the events in France after investigations revealed that two of the suicide bombers had been living in Belgium.

One suspect from Brussels is still at large and three people have been arrested in the city on terrorism charges.