Capital Cup triumph for Manchester City in penalty shoot out 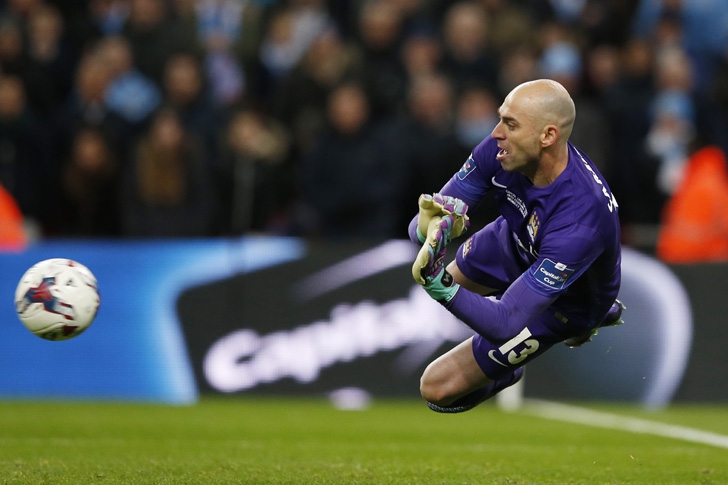 ALTHOUGH not the most prestigious of the cup competitions, the Capital Cup (originally known as the League Cup) is only open to the 92 professional teams in the English football league and this year, the final was between Manchester City and Liverpool on February 28.

Silverware of any sort is always welcome by any club and this is no exception as prestige is considered more important than the £100,000 (€127,000) prize money for the winning team, which wouldn’t pay for more than the monthly salary of penalty save hero Argentinian Willy Caballero and not even one week for captain Vincent Kompany.

The match itself was fairly evenly balanced, but as has come to be expected, Liverpool goalkeeper Simon Mignolet, showed flashes of brilliance whilst managing to dive over the ball to allow Brazilian Fernandinho to score first for Manchester City.

Raheem Sterling who moved from Liverpool to City for £49 million (€62 million) was constantly booed by the Liverpool supporters and this may have unnerved him as he missed two relatively easy shots but man of the match was Kompany who returned from yet another injury to control the mid-field.

It was another Brazilian Philippe Coutinho who scored a late equalizer for Liverpool which took the match into extra time. As there was no score after the extra half hour, the match went into the dreaded penalty shoot off.

This was buttock clenching time for both sets of fans as Mignolet is known for his erratic brilliance whilst number two goal keeper Caballero had played very badly against Chelsea when they beat City 5-1 just a week earlier.

City manager Manuel Pellegrini, who is to be replaced at the end of the season by Pep Guardiola had promised Caballero that he would play in all of the Capital Cup matches and his trust proved well founded as the City ‘keeper’ saved no less than three penalties to allow Manchester City to emerge as eventual 3-1 winners.

Afterwards, Pellegrini said that he would rather have lost the match than break his promise to the reserve goalkeeper, although whether he would have been so strong willed if he was not leaving the club shortly can only be speculated upon.