You should make your own luck 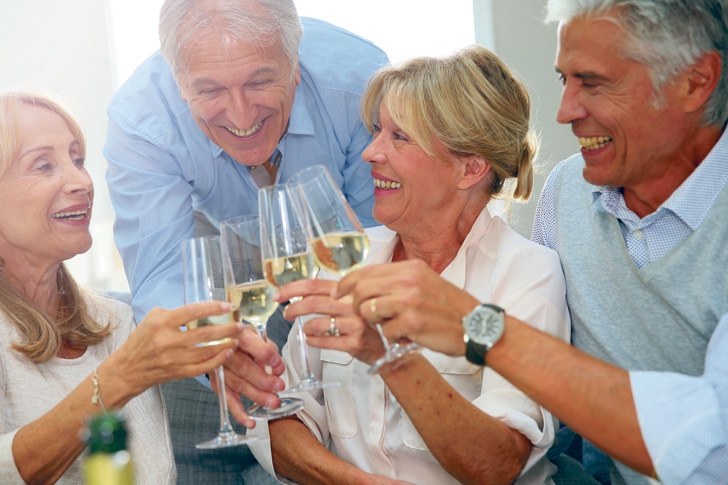 DRINK FLOWED: And so did the conversation at the celebrations of my father-in-law’s 70th birthday.

IF we stop enjoying what we do, will we have the luxury of being self aware enough to realise?

WE went back to the UK last weekend to celebrate my father-in-law’s 70th birthday. The party was a nice afternoon luncheon, a slap up buffet featuring all your British favourites: poached salmon, gala ham and egg pie, quiches, salads, and then a table heaving with puddings.

The drink flowed, and so did the conversation. My husband, my daughter and I were the star turn. It was a bit strange being the centre of so much interest. How were we getting on over there? We must really love the weather. Wasn’t it much cheaper to live? What did we think about the EU referendum?

Feeling a bit overwhelmed, and wanting a job which wasn’t clearing all of the desserts into my mouth and then rolling into a contented ball for the rest of the afternoon, I picked up one of our cameras and started to take some shots.

Being the photographer in the room makes you an outsider, and an observer, and soon enough I was outside of the group looking back in. I saw many retired couples, grey hair being a common feature amongst them all, and many happy, lined faces. Most of them had filled out nicely over the years since I had last seen them (at our wedding in 2005) and life on the whole had been kind. Retirement suits you I told one of the jolly men who was indulging in a second helping of broccoli quiche. Yes, he replied, I don’t know how I ever managed to get everything done before I stopped working.

Stopped working. This is a concept many people of my generation probably haven’t quite worked out how to do yet. I’m not sure we ever will stop working. Will we be okay? I think a lot of people my age have already resigned themselves to the fact that they will be working long past traditional retirement age. What is most important is to be having a positive effect on ourselves and the people around us, and to do that we mustn’t waste our time on activities or in work we don’t love.

If we stop enjoying what we do, will we have the luxury of being self aware enough to realise that and be able to change and do something new? When we’re at the end of our lives will we look back and wish we’d had that adventure we never quite got around to? Will we die with regrets?

Back at the party, my father-in-law, looking no older than 60, but blowing out 70 candles on his cake, is the picture of health. He’s weathered a few storms in his time with his wife by his side, and I hope for all of our sakes that he will keep going for many more years, bringing his unique brand of sarky Scouse humour to every occasion.

He’s a good example to follow, as he’s doing exactly what he wants to do, but does that make him a lucky guy or just a really good planner?

You make your own luck as my own father would say.