Led Zeppelin lose first round in ‘Stairway to Heaven’ lawsuit 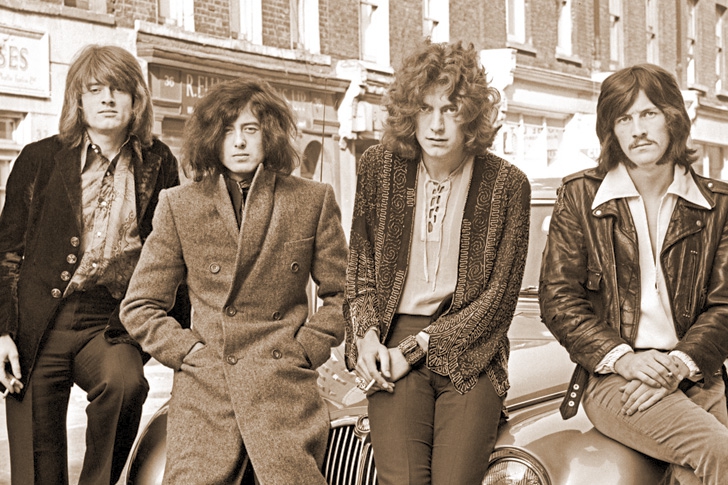 Led Zeppelin in their heyday.

LED ZEPPELIN legends Robert Plant legends and Jimmy Page are being sued over accusations that they ripped off the opening chords of their iconic 1971 hit ‘Stairway to Heaven’, reputed to have been written by the pair in a Welsh cottage.

In a decision on Friday April 8, Los Angeles District Judge Gary Klausner said the famous song is similar enough to the instrumental ‘Taurus’ by band Spirit that the lead singer and guitarist must now face a jury trial to determine whether they are liable for copyright infringement.

The issue was first raised in May 2015, when trustee Michael Skidmore filed the suit on behalf of deceased Spirit front man Randy Wolfe, aka Randy California.

Skidmore claims that the song may have been composed when the two bands toured together during 1968 and 1969, but that Wolfe was never credited.

Representatives of the band claim that Wolfe was a songwriter-for-hire and therefore had no claim to copyright, and that the chord progressions of the song’s opening riff is so clichéd that they do not warrant copyright protection.

In his statement, the judge mentioned “substantial” similarity between the first two minutes of the tracks, referring to them as “arguably the most recognisable and important segments.”

“While it is true that a descending chromatic four-chord progression is a common convention that abounds in the music industry, the similarities here transcend this core structure,” wrote Klausner. “What remains is a subjective assessment of the ‘concept and feel’ of two works… a task no more suitable for a judge than for a jury.”

He went on to say that Skidmore could get only 50 per cent of any damages awarded, referencing a contract signed by Wolfe in 1967.

“This case, from our perspective, has always been about giving credit where credit was due, and now we get to right that wrong,” said Francis Malofiy, a lawyer for Skidmore.

According to the plaintiff, Wolfe complained about similarities between the songs in an interview shortly before he drowned in 1997 while attempting to rescue his son.

The judge dismissed similar claims against Zeppelin bassist John Paul Jones and Warner Music Group, and a trial is scheduled for May 10.