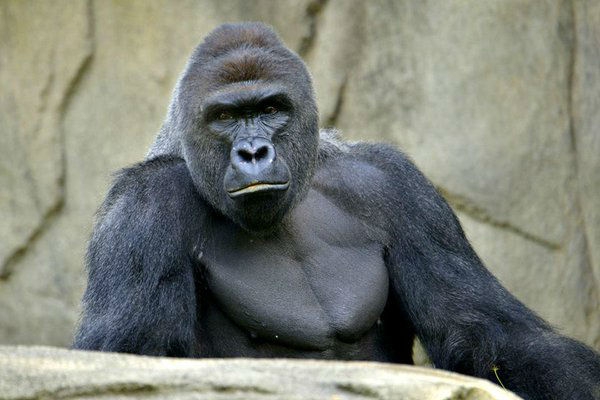 Harambe, the gorilla in question

ZOO officials in Cincinnati were forced to shoot and kill a western lowland gorilla after it began to manhandle a small boy who had fallen into its enclosure.

The boy, 4, squeezed his way through a barrier and plummeted more than three metres into a moat filled with shallow water. He was promptly snatched up by the hulking animal while horrified family members and onlookers watched helplessly from above.

Workers from the zoo said that it the decision to kill the gorilla, which weighed 180kg, was the only solution, as the situation was “life-threatening.”  Although the boy was injured, he was rushed to the hospital and is expected to make a full recovery.

The incident, which occurred on Saturday (May 28) resulted in the gorilla exhibit being temporarily shut down. Video footage taken at the scene shows the gorilla grab the child and drag him through the moat. Reports indicate that the male gorilla, named Harambe, dragged the boy around for about 10 minutes before he was finally taken down. Two female gorillas which were also in the enclosure did not go near the child.

Zoo director Thane Maynard said that although the decision may have been a tough one for zoo officials, they ultimately made the right choice, as the little boy could have been killed. He argued that tranquilisers would not have taken effect quickly enough.

However, he also mourned the loss of the animal, adding that: “we are all devastated that this tragic accident resulted in the death of a critically-endangered gorilla. This a huge loss for the zoo family and the gorilla population worldwide.”

This is far from the first incident of its type. In a similar occurrence in 1986 in the Jersey Islands, a young boy fell into a gorilla enclosure, ultimately emerging unharmed after a male gorilla named Jambo stood guard over the unconscious youngster. Meanwhile, two lions were shot dead just last week in a zoo in Santiago, Chile, after a man took his clothes of and jumped into their enclosure in an apparent suicide attempt.