The perfect classless society that would have embarrassed Marx! 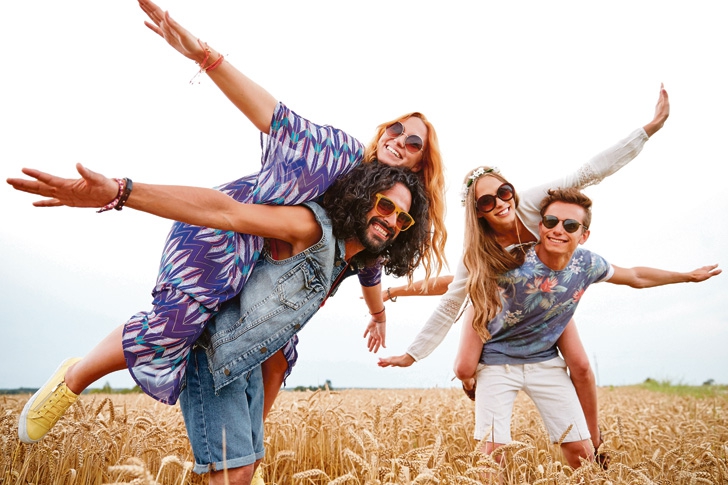 ONE BIG FAMILY: We were everything the hippies yearned for in those psychedelic times.

IN reality, Mojacar of the 1970’s was the most perfect classless society yet devised on this planet.

Of course, some lived in larger houses and some existed in dilapidated cortijos, but all united in one convivial family of sharing the circumstance of being together for whatever reason God had formulated. The foreigners were expected to have money and buy drinks.

Yet, it was always done with great decorum so the locals didn’t feel obliged or begging. They had their dignity and it was great. We all knew that.

It was an unwritten law that they were never to be made fun of and any social gatherings they were to be included, with their wives if possible. They quickly learned we were harmless but noisy. We learned they were quiet, discerning and dignified.

The English that had invaded and conquered the village were of a spirit unlike those of their former island nation. On the beach we Americans were open anyway to not stand on protocol or social regimentation.

In private we laughed at them for not appreciating our all important time schedules or events. We soon learned that if invited for lunch at 2pm you had to almost tell them 12 noon to get them there on time. Job scheduling was more delicate.

If you really needed the job done you had better learn where they lived and pick them up, checking to make sure they had all the materials and tools to solve the work problem. We also learned that if the job wasn’t done as quickly as anticipated they would work late into the night without charge to rectify the situation. They sang constantly and were happy to go with you anywhere and never stepped back from any arduous task.

The evenings were convivial with everyone on first name terms and in no rush to go anywhere. Drinks and cordiality were to be enjoyed with no rush, not even if the sun peeped a quick glance hours later. Others came and soon adopted the ‘Mojacar life style.’

The word spread. There’s this little hilltop village where you can buy a house for the cost of a garage in England. Business boomed and more actors joined the scene. We were everything the hippies yearned for in those psychedelic times.

The word was on the wind and they came in mass to the party. Socialism started to increase taxes back in England and more affluent personages dropped out and came over to share the sun, sea and sangria.

No problems, fights nor battle lines drawn. It was one big happy community that focused on nothing and enjoyed the daily spin. But dark clouds lurked on the horizon.