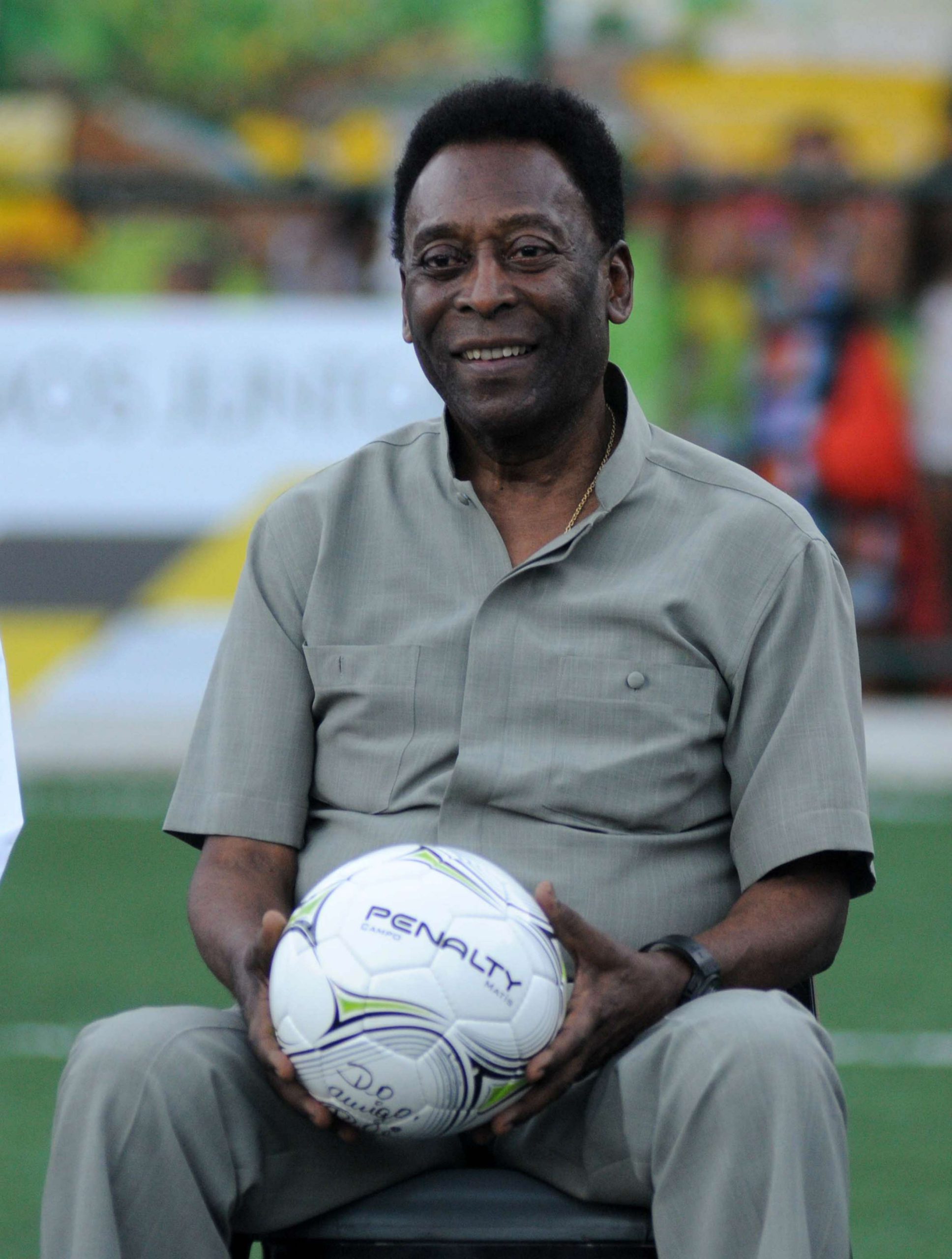 THE largest sports auction in history could be in the offing as Brazilian football legend Pele is set to place his entire collection of trophies and memorabilia under the hammer.

A replica of the original World Cup, the Jules Rimet trophy, will be the star attraction in a selection expected to secure between £3m and £5m, with the prolific striker’s three World Cup winners’ medals also likely to fetch a handsome price.

“Having donated a significant portion of my collection to the city of Santos, I have decided to allow fans and collectors to own a piece of my history as well.”

“I hope they treasure these artefacts and share my story with their children and generations to come. I will also be donating a portion of the proceeds from the auction to Pequeno Principe, the largest paediatric hospital inBrazil,” said the 75-year-old, a hero in his native Brazil.

Other items will include old football jerseys, passports, medals, and the ball with which he scored his 1,000th goal, as the lots stretch all the way back to 1956 when he turned professional aged just 15.

Handled by Julien’s Auctions and taking place in London from June 7 to 9, the sale has been described as ‘historic’ by executive director Martin Nolan.

“It is just phenomenal to see such a vast collection from one man in one room.”

“He’s 75 now and this is his legacy, and he wants to see these items all over the world in museums and in the hands of people who are going to cherish them and love them and appreciate them for many, many years to come.”

Considered by many football fans and historians to be the greatest player to ever lace up his boots, Edson Arantes do Nascimento stormed onto the international scene when he almost single-handedly won the World Cup for Brazil in 1958 at the age of 17, and was a fundamental part of their triumphant 1962 and 1970 teams. He was badly injured in 1966, while at the height of his powers, and a lucky England went on to win their only World Cup.

Named FIFA player of the century, one of TIME’S most influential 100 people of the century, and known as the ‘king of football’, Pele’s legacy will ensure the auction secures a huge range of fans and collectors from across the world.