175 years of Independence from Mijas 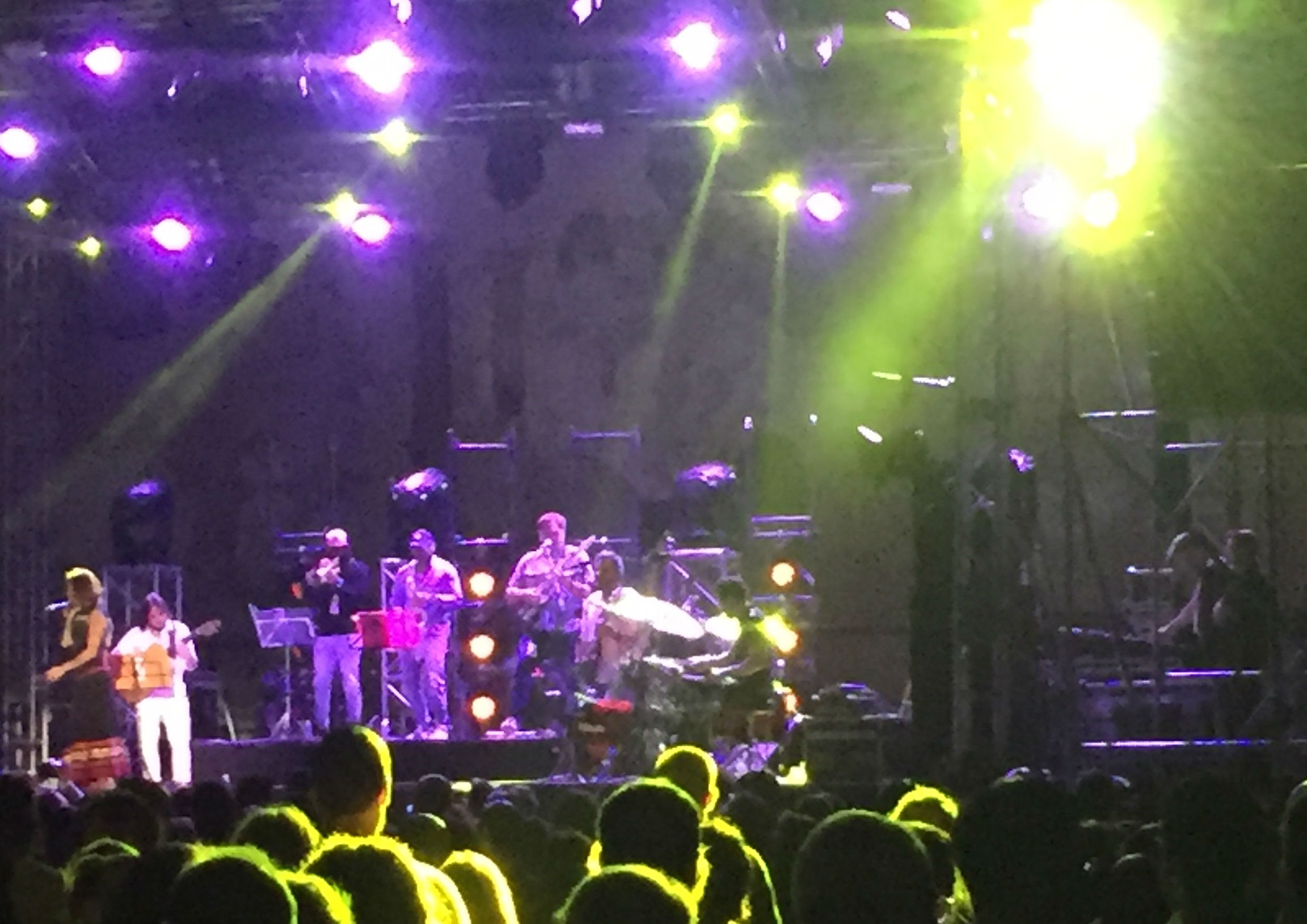 Chambao in concert at Sohail Castle

AS PART of the celebrations surrounding the 175th Anniversary of Independence of Fuengirola from Mijas, the council has arranged a number of concerts to take place in the historic Sohail Castle which was built in the 10th century by Abd-ar-Rahman III and on Saturday June 11, legendary Malaga band Chambao performed a two hour set to a sell out crowd.

The singer, known world wide as just La Mari, came on stage and said that this was her first time back in the castle for 10 years and at that time she performed without hair as she was in the process of recovery from life threatening breast cancer.

All through the performance, the singer who bases her music on traditional flamenco phrasing but with influences from a huge number of different genres spoke about her love of the area, her battle with cancer and her songs themselves reflected her own personal believes with regards to both her situation and the world in general.

With a completely new seven piece band which includes two drummers, two guitarists, a Cuban horn section and a bass player all from different parts of Latin America and Spain, she incorporates, Jazz, Funk, Rock, Reggae and African influences into her music and whilst many of the songs were new and a major move away from the Flamenco Chill she was first recognised for, the audience simply adored her.

In her song Papeles Mojades written many years ago she laments over the still relevant situation of people without identification papers trying to find a better life but ending up with nothing as the sea mourns for them.

If you understand Spanish, then some of the songs can make you quite uneasy, but if you don’t, then it is fine to just listen to the quality of  a tight band of musicians playing beautiful music with the haunting voice of a Spanish songstress intertwining throughout.

At the end of the concert, La Mari said that she had been very upset and crying before coming onstage in case she had trouble remembering some of the many new songs and that there might be a small audience but as soon as she heard the roar of welcome of her home crowd she knew that all would be well.

She then apologised for the fact that the cost of entry was €22 as there was the added cost of petrol and a beer and tapas in what are still difficult times, but with a large band they had to cover costs.

A memorable evening from a very humble but gifted person.

Married to Ophelia in Gibraltar in 1978, John has spent much of his life travelling on security print and minting business and visited every continent except Antarctica. Having retired several years ago, the couple moved to their house in Estepona and John became a regular news writer for the EWN Media Group taking particular interest in Finance, Gibraltar and Costa del Sol Social Scene. Share your story with us by emailing [email protected]eeklynews.com, by calling +34 951 38 61 61 or by messaging our Facebook page www.facebook.com/EuroWeeklyNews