I’ve woken up in the future 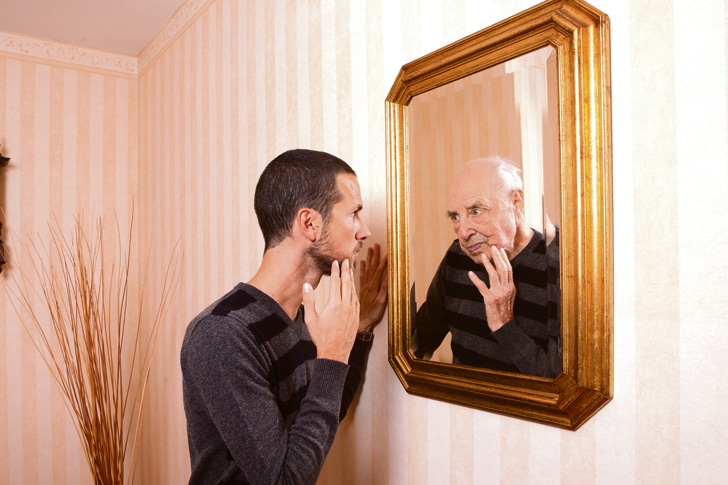 FAST FORWARD: Life’s too short so don’t waste a minute.

WE all think that time passes more quickly with the passage of years, but I am convinced that time actually does accelerate as we get older.

As kids, the summer holiday sauntered along and we filled our long days with fishing or getting on our bikes and disappearing until sundown, and my recollection is that almost every day of those six weeks really was warm and sunny.

Likewise winter, when snow would come and then lay around for weeks on end, with the snowman in the back garden standing sentinel until his nose fell off and he wet his pants in anticipation of spring.

Life stuck to its proper order and it was good. The only annoyance was listening to our parents telling us to make something of our lives, because, they assured us, our youth would soon be gone. They kept harping on about life being short and not wasting a minute of it. ‘Leave it out’ we thought. ‘We’ve got years and years.’

Then in my 20s my house mates and I believed that there was still plenty of time to knuckle down and become millionaires. We didn’t own a telly because every night we were out partying and playing best-of-three on the bar’s tennis machine for female American tourists; then squeezing in a few hours on the beach at weekends.

Then zzzzzip! We went to bed one night, and woke up in the future. Where had the years gone? Now I try to reassure myself that I am ageing well, but one look in the mirror every morning only to be greeted by a bug-eyed stranger, tells me otherwise.

These days instead of leaving the bar because I have drunk the place dry, I leave because I am tired, and invitations out are often weighed up alongside the prospect of Midsomer Murders on TV.

In my head I hear again my parent’s words of wisdom: ‘Life is short’ they say. But am I listening now? Yep, you can take that to the nearest branch of Santander!