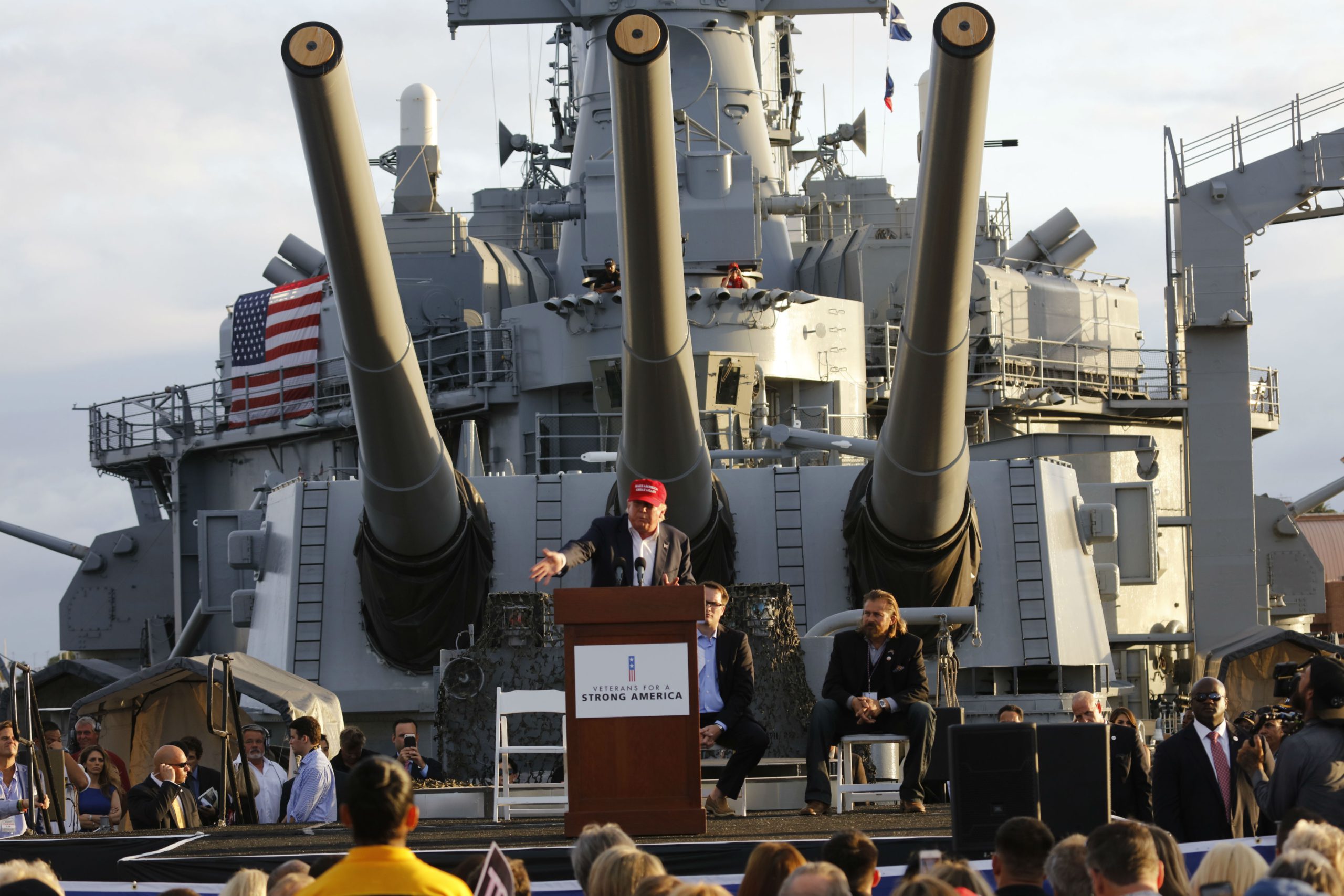 MANY have wondered what form fascism would take when it finally arrived to America, an almost certain historical inevitability in a nation considered by the Freudians to be the saddest, most fearful and psychologically troubled in history.

George Carlin famously said “it will not be in brown and black shirts. It will not be with jack-boots. It will be Nike sneakers and Smiley shirts” while another oft cited quote suggests American fascism will come “wrapped in the flag and waving a cross.”

In retrospect it was always going to arrive in the guise of celebrity showmanship and rampant individualism cloaked in patriotic platitude and the promise of ‘winning’.

On Tuesday the Republican Party officially nominated Donald Trump as their presidential nominee, pitting him against the Democrats’ Hilary Clinton who, although yet to receive the official nod, looks set to be his rival as voters choose between two historically unpopular candidates.

Trump has long been the presumptive nominee, having easily dispatched his Republican rivals through an unorthodox campaign premised on wild populism, lies and a powerfully ironic rallying call against the establishment.

“I am so proud to be your nominee for president of the United States,” Trump said, beaming across the Republican convention arena in Cleveland via satellite link from Trump Towers in New York City. “With your vote today, this stage of the presidential process has come to a close.

“Together we have received historic results, with the largest vote total in the history of the Republican party. This is a movement and we have to go all the way.”

After a last-ditch attempt by concerned Republicans to block Trump from the nomination failed, the real-estate mogul, who inherited his fortune, will address the nation on Thursday in a grand convention speech laying out his plans to ‘make America great again’.

Until now the convention has been dominated by the Trump family with his son announcing the delegate score while his wife, Melania, invited ridicule by lifting Michelle Obama’s 2008 speech verbatim.

Opinion polls indicate that Trump is tied with Clinton, who has already overcome one populist, though left-leaning, rival in Bernie Sanders, but will have her work cut out for her against the celebrity showman, who will revel in casting her as ‘$hillary’ the establishment Wall Street candidate tarnished by a long and corrupt political history.

With America presently engulfed by racial tension and a growing chasm between arrogant coastal progressivism and increasingly desperate and resentful ‘traditionalists’, the scene is set for Trump to capitalise on a rising tide of anger and alienation.

Perceptions of American weakness in world affairs, rapidly changing demographics, and the loss of blue collar jobs to remote, nameless trade deals and shifting corporate dynamics, all play into Trump’s (definitely not small) hands, and his nomination is America’s very own Brexit moment, only far more dangerous.