Vests for the rest 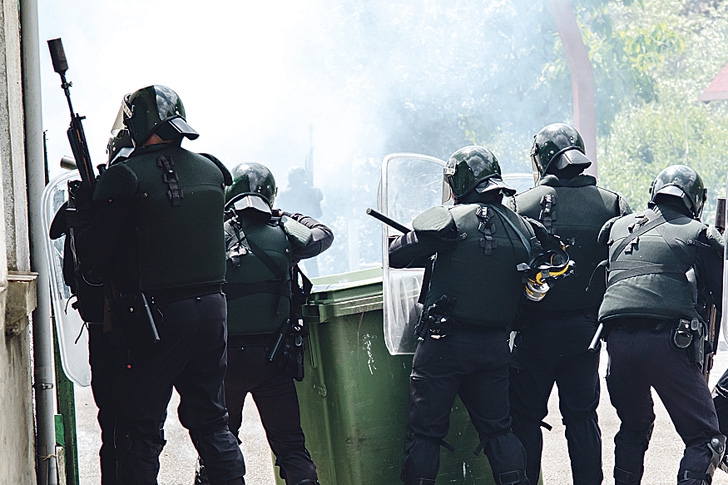 INADEQUATE EQUIPMENT: A lack of bullet proof vests and old units are a cause for concern.

POLICE forces across Malaga province are up in arms over a shortage of protective clothing, particularly bullet proof vests, in the event of a terrorist attack or shooting.

The dramatic events which took place in Mijas on Friday, August 19, in which one man died and a woman was left riddled with bullets, have brought the situation to a head.

The distribution of bullet proof vests is also skewed, with the National Police having received 1,000 units last year to replace their outdated old gear.

Those are shared between 1,200 officers across the Costa del Sol, meaning the force is relatively well-equipped, although the overall total of 1,858 vests for a force comprising more than 3,000 officers is still lacking.

The situation is even more alarming for the Guardia Civil, who have barely 500 vests to distribute to their 2,047 officers.

Some have even resorted to paying for the gear with their own money, at a cost of €700 per unit.

Within the Local Police ranks, the distribution of the vests is more complex, with each police vehicle required to carry two on board.

Among the larger municipalities, only officers in Fuengirola and Mijas have their own vests, while in Marbella and Benalmadena all street patrols are equipped.

In Malaga capital, the council had planned to provide each and every police officer with his or her own vest following a 2014 incident in which a fatal stabbing occurred.

Measures were even taken so that each officer would receive a tailor-made vest, but two years later only half have been delivered, and these arrived six months behind schedule.

A second batch delivered earlier this year had to be returned after a fault was detected, and it is likely that no more will materialise until the first quarter of 2017.

These vests are slowly replacing the old units, which while still functional have seen two decades of service on a manufacturer’s guarantee of 10 years.