There’s a kind of a hush 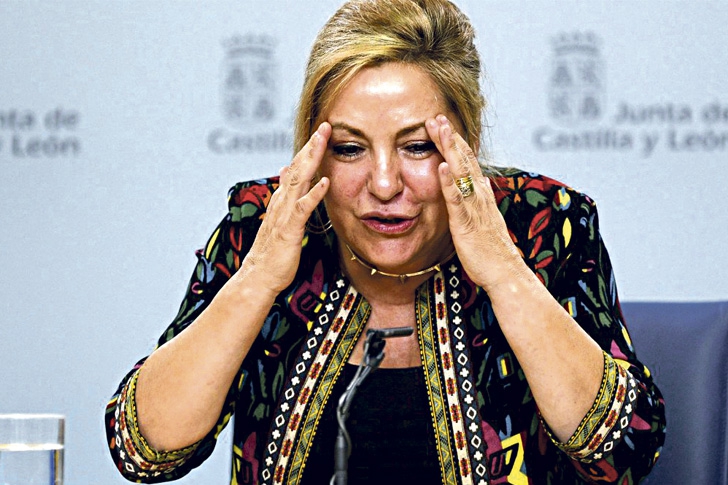 RESIGNED: Rosa Valdeon was over the limit.

PEDRO SANCHEZ, leader of the PSOE socialists, is allegedly on non-speaking terms with some regional leaders.

Although Sanchez was not everybody’s choice for secretary general, the present lack of communication is attributed to the absence of anything to discuss until the results of Sunday’s regional elections in Galicia and the Basque Region. It’s a foregone conclusion that Galicia’s current Partido Popular president Alberto Nuñez Feijoo will be re-elected, probably with an overall majority.  In the Basque Region the PNV nationalist party is expected to squeak home but could need shoring up by other parties.

Galicia and the Basque Region will tell Sanchez where he is heading and if voters continue to desert the PSOE as they did in December and June, it could be towards a door marked ‘Exit.’

BY doggedly refusing Mariano Rajoy the chance to form a precarious minority government, Pedro Sanchez has alienated roughly half of his own voters and many more of the undecided.

Sanchez claims that his refusal to abstain during Rajoy’s two recent investiture bids corresponded to the wishes of the party’s 190,000 paid-up members.  PSOE voters would never forgive him for facilitating another Rajoy government, he declared.

Meanwhile a Metroscopia poll shows that the PP would increase their share of the vote and parliamentary seats in a third election.  Presumably the 190,000 card-carriers will find that easier to forgive.

Despite the fall in numbers, regional president Carles Puigdemont pledged a referendum and to begin “disconnecting” within a year.  Makes you wonder who wants independence most: Catalan politicians or the people they are supposed to represent.

ROSA VALDEON, the Partido Popular vice-president of the Castilla y Leon Region resigned after a breath-test following a scrape with a lorry.  She was three times over the legal drink-driving limit but had only drunk two beers, she insisted.  She won’t be the first politician to drive under the influence and won’t be the last, but fell foul of today’s dogma that politicians must do what voters demand but fail to do themselves.