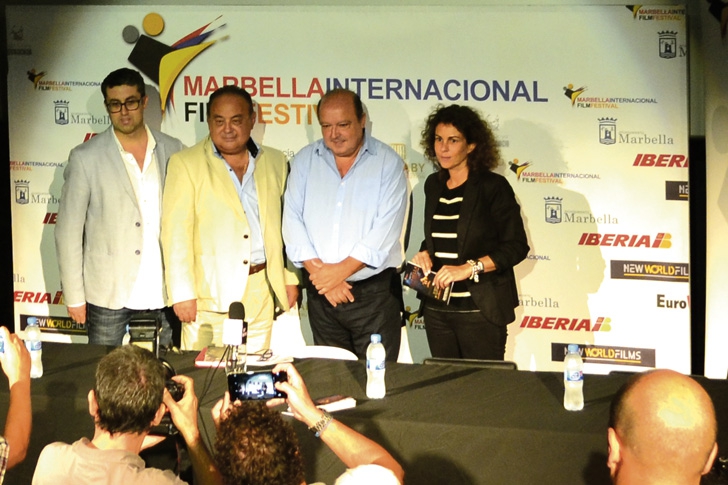 MOVIE lovers will be in for a treat at this year’s Marbella International Film Festival which includes entries from China, Germany and Iran among the more than 50 countries represented.

American family films, romance from France and Bulgaria, Spanish drama and comedy, a short from Israel and a joint British/French documentary on Syria’s civil war will also be vying for acclaim.

With the British film industry enjoying a revival, four UK-produced films are tipped to steal the limelight. Two have been selected as the festival’s premieres. London Heist, a gripping revenge thriller set in London and Marbella, will premiere on Friday at 5pm and on Saturday at 7pm will be Golden Years, a slapstick comedy featuring Bristol pensioners-turned-crooks starring Simon Callow and Virginia McKenna.

Two screens will show the films in Puerto Banus’ Teatro Goya and the schedule is online.

WITH two British films dominating the first day of screening, the Marbella International Film Festival got off to a cracking start on Wednesday drawing some of the world’s finest actors and directors to the Costa del Sol city.

Celebrating its 11th edition, this year’s festival promises to be the best yet following an intensive promotional campaign in Cannes and with some very special films and documentaries encompassing all genres and cultures set to be screened.

More than 1,000 films and shorts entered the competition to be shortlisted, a startling number which emphasises the premier spot Marbella now occupies on the international film festival circuit.

Festival director Mac Chakaveh was excited by the week ahead and underscored the festival’s terrific role in promoting Marbella to the world, making the MIFF a central part of the city’s cultural offering. He encouraged all Euro Weekly News readers to come along for this once in a lifetime opportunity to catch some of the planet’s greatest films in one of its best cities.

With more than 50 counties represented, including the UK and Spain, the two premieres will be London Heist (partly shot in Marbella) and British comedy Golden Years.

Running over five days from September 28 until October 2 the films will be screened at the Teatro Goya in Puerto Banus, and the festival will also be held at the Hotel H10 Andalucia Plaza where award ceremonies, workshops and the Sunday’s gala dinner will take place.

Tickets cost just €5 or €10 for the premieres and VIP passes are also available for those looking for the full experience.You can find out everything you need to know about the festival, locations, screening times and contacts by visiting the MIFF website www.marbellafilmfestival.com

More than a festival

THE festival doesn’t just showcase new films and up and coming actors and directors.

It’s also a platform for high-level discussions on the future of the global film industry whilst also drawing global attention to the Costa del Sol city.

Sponsored by the EWN, the festival has gone from strength to strength since its debut in 2006 and now Marbella could become a ‘mini-Hollywood,’ forming part of a creative axis spanning from London to LA.

Workshops will be held on the future of filmmaking technology in the brave new world of digital interfaces, virtual reality and interactive cinema.