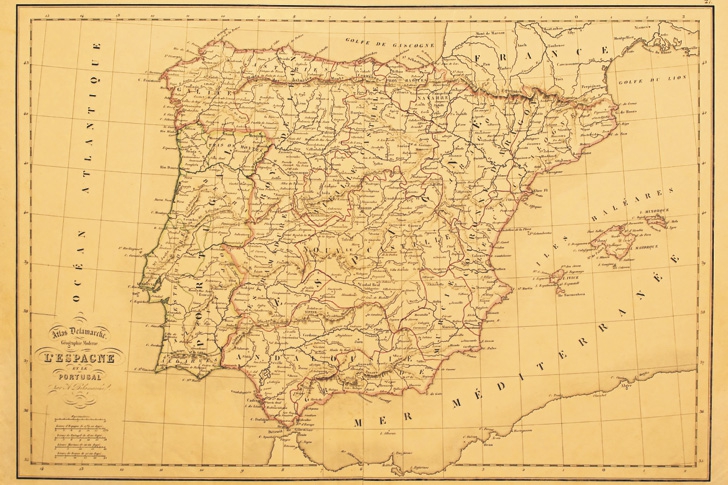 OLD MAPS OF SPAIN: Most are better than the new ones you can buy today.

It wasn’t until the turn of the millennium that you could buy a decent road map of Spain. The military was obsessed by the thought of the Moors coming back so anything you got a hold of before that date was already obsolete by some 50 years.

If for some reason you wanted a reasonable facsimile of the roads in your area, you could only do so by way of the military that had all of Spain mapped and charted, right down to each cortijo, cave, dry riverbed, and high water points. It was almost an art form to get a hold of these rare pieces of geography, but if you were persistent enough and went to their offices in Madrid, they wouldn’t refuse you.

In some ways the maps dated 1470 and 1583 that I have of the area are better than the new ones, albeit using older names for all the known places, once you’ve conquered that, you can locate almost anything.

Muxcara for Mojacar or Beria for Vera, of course Carboneras wasn’t on them, nor most of the other places going south to the capital, but over time they acquired names and positions.

The last road map I bought in a famous book store on the Gran Via in Madrid didn’t even have Mojacar on it, but it did have Garrucha, insulting for that modern era of 1975.

The real problem with maps is roadside signs never say the same thing.

At almost any junction you can get lost or pointed in the wrong direction. Furthermore, getting through bigger cities is impossible, especially like Madrid where the five lane highway can go down to just three lanes, asking directions isn’t much easier as you almost never know what they replied.

Yet, there is so much to see and learn about Spain, you must become a traveller to experience the sensation. You’ll need to do it with a good history book, guide books are a little light on history which makes them plentiful and easily obtainable but you learn little from them. Get yourself a good second-hand copy of James Michener’s ‘IBERIA’ for a companion, he is not an easy read but does explain in vivid detail the scene.

Without knowing the past you can’t even make a guess at how the present and future will unfurl. A dangerous disposition.

And, pleasantly enough, friends of mine are using the old maps dwelling in the cobwebbed caves of some of the rich families, to trace down where the ancient gold mines were and are returning to these sites again for luxuriant historical glittering facts that are usually free for the taking.