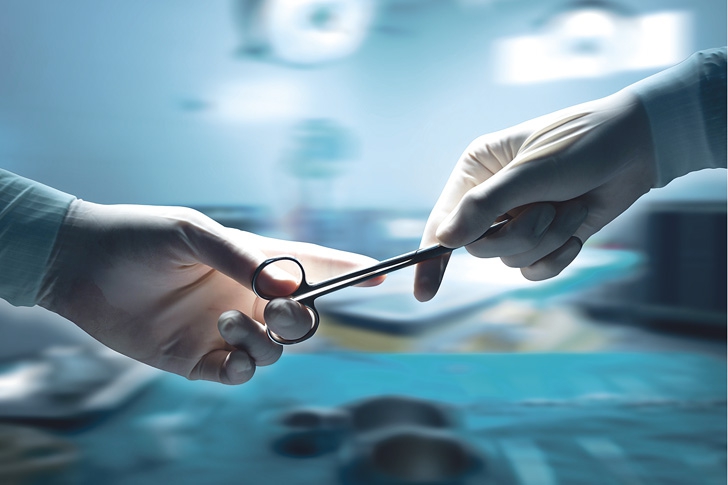 SPAIN v UK: the waiting times for plastic surgery back in the UK were the same as Spain.

When she was nine she fell over down a stony track whilst we were out walking on Sa Trapa with a group of friends. She sliced her leg open across her kneecap and spent many months with a dressing on her leg, finally leaving a spectacular two inch by five inch scar and a big indentation where normally you would have some fat.

At the beginning she was very self conscious of it, but after a while she stopped being so aware and let us make jokes about her almost losing her leg in a shark attack. That impressed some of the boys at school I can tell you. But we knew in the long run we’d have to do something about the enormous scar. It also took us a very long time to convince her it was a fluke accident and it shouldn’t stop her from coming walks with us, last weekend she marched up to the top of Alaro with me.

During the summer of 2015 we became obsessed with keeping her recovering skin away from the sun and it’s damaging rays with an elastic knee bandage. Day after day we had to be vigilant in order for the skin to not be permanently damaged.

Then after the summer had gone we went back to the doctor to ask about what we could do to reduce the scar. Luckily for us this sort of procedure is available here, basically some fat is taken from another part of her body and put into the scar to smooth and fill it out.  We were told that we would be able to get her knee operated on to refill the indentation, she’s missing quite a lot of fat there, and finally today we received the call for her to go in next week for her operation. That’s about six months since the initial consultation.

Now, I was about to start crowing about how good the health service in Mallorca is, but then I thought I would just check the waiting times for plastic surgery back in the UK. Guess what? They are the same.

Does this mean I can compare the two services or not? I can’t make my mind up. I know that if we were living in the UK we wouldn’t have the access to our local GP in the same way that we do here, but the waiting time has surprised me.

However it is the first time we’ve had to wait for anything for quite so long, in fact I had been revving myself up for a phone call to the hospital with my best Spanish practised (there’s nothing quite as intimidating as a telephone call when you’re not sure of your vocab). So at least I can strike that off my ‘to do’ list now.

The op itself falls on Halloween so La Gidg’s costume for the evening is already decided, clearly she will have to go as a Mummy.

Wish her luck for me please. She’s not looking forward to missing breakfast. mallorcamatters.com