A trip to the ‘towering pizza’ 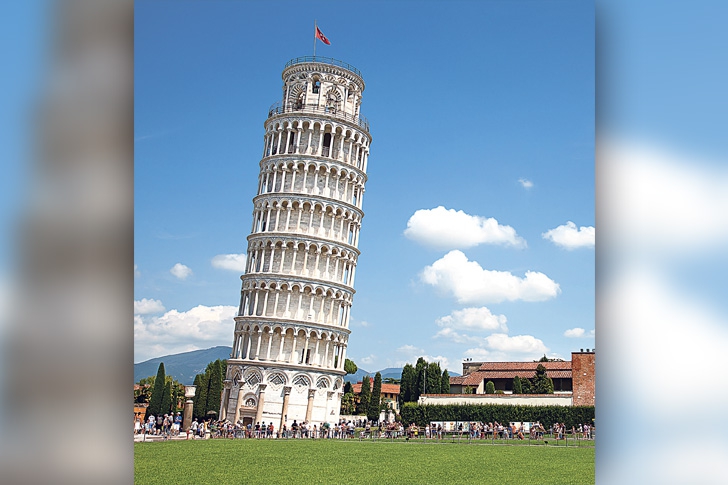 WE have just returned from Italy, the land of large arm gestures, small cars and even smaller coffees, as our friend Adrian observed when presented with a tiny glass cup, containing a half inch of cowering espresso.

We agreed later that he should have asked for a fresh cup because the one served had a coffee stain in the bottom.  But you always think of these smart retorts after the event.

Wine tasting in Tuscany was yet another box on my lengthy bucket list that I have been able to sign off as accomplished.

As we were preparing to land at Pisa airport, the Princess turned to me and asked, ‘Will we see the towering pizza?’

This will come as no surprise to those who know my lovely lady who has her own unique turn of phrase, and this is yet another entry for The Thesaurus of Brummie Sayings.

Prior to our flight from Gatwick, we stayed overnight, as usual, at the Premier Inn.

We are fans of the hotel chain: the standard of the rooms is consistently good, the staff friendly and helpful, and the food is excellent.

But I have been a little dismayed of late, to see the bank of Dalek-like automatic check-in machines at reception.

These are supposed to make the process easier which they certainly do not in my opinion.  These gadgets have their place, but not for ageing old gits like me who appreciate personal service.

So I automatically turned to the only breathing staff member in the vicinity, who completed our check-in manually in 90 seconds, which is what I call quick and easy.

It’s not about saving time of course, just saving on staff wages.

However, as we arrived at 1pm and the rooms are not available until 3pm, it was suggested that we relax in the coffee lounge.

I have always thought this ludicrous in a hotel that is situated at an international airport.

However, we were informed that we could go immediately to a room if we would like to pay £10 for the privilege. In other words there were indeed rooms ready to be occupied, but only at extra cost and with 700 rooms, a nice little earner for Premier Inn.

They obviously believe that it is worth the erosion of their ‘customer comes first’ reputation. Shame.