Residents urged not to use tap water to drink or bathe 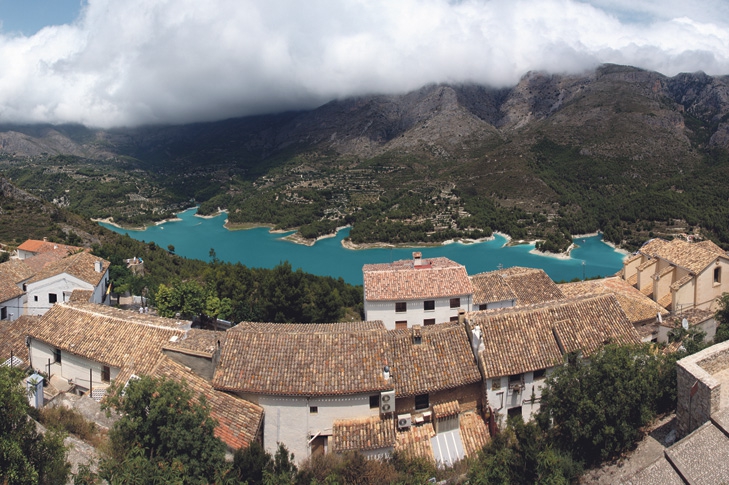 ANOMALIES DETECTED: In the Guadalest reservoir.

RESIDENTS in Alfaz del Pi, Altea and La Nucia were advised not to drink their tap water following quality issues that arose after the recent flooding.

Experts analysing the Guadalest reservoir supply detected anomalies in the turbidity parameters and immediately issued a restriction to over 70,000 residents using the supply.

The Alfaz del Pi Town Hall statement said: “In order to avoid health risks the water in the Alfaz del Pi supply area is classified as unfit for drinking, food preparation as well as personal hygiene but can be used outside these specifications.” Similar warnings were issued by the other town halls with many residents rushing to the supermarkets to stock up on bottled water.

The heavy rains that ravaged the Marina Baixa resulted in unusual currents creating a drag effect in the reservoir, causing a cloudiness which Hidraqua immediately investigated.  It was at this point that the warning was issued.

Hidraqua and the town halls highlighted that the decision was “a precautionary measure to avoid any minor incidents and that as soon as the flow rates met the quality criteria required by the General Directorate of Public Health for human consumption the warning would be lifted.”

The restrictions were put into place just two days before Christmas. One concerned resident called the water company as she had a new born baby and was worried how to bath her.  The advice given was under no circumstances should she bathe her in tap water.

A similar restriction was put on the residents of Cocentaina following a leak in the water network during the storms, they were unable to use their tap water for three days.

The personal hygiene restrictions in Alfaz del Pi, La Nucia and Altea were lifted on Christmas day with the authorities continuing to monitor the levels before advising residents that the water was safe to drink.