No man or woman is an island 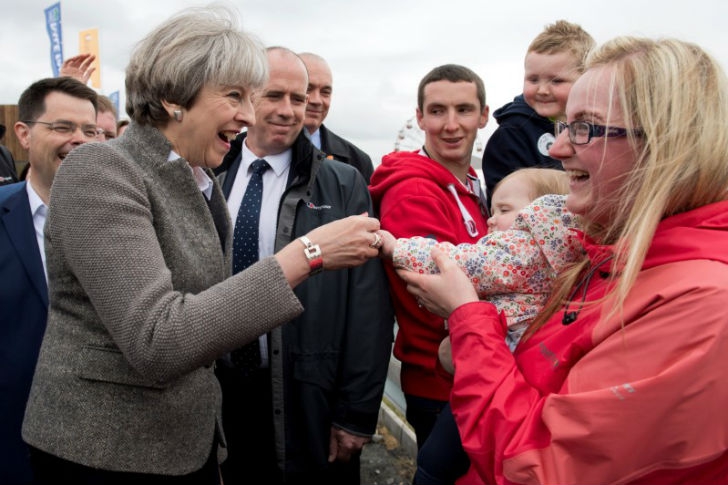 MAY/CORBYN: I can’t predict the outcome of the televised debate.

ALTHOUGH a lifelong Conservative, I must confess I’m becoming extremely worried about Theresa May.

Since calling a general election, she appears to be morphing into some sort of cross between Margaret Thatcher and Donald Trump.

As much as I want to accept her as a strong and able leader of the Conservative party, she appears to be making it more difficult by the day.

Whether her ego is getting the better of her, or she is simply not choosing her words as well as she could, I have no idea, but of late it appears there are two parties involved in her campaign; the Conservatives and Ms May.

She’s beginning to sound like a modern day chariot straddling Bodacia, cleaving her way single handedly to a victorious personal triumph, with or without the support of her own cabinet.

Well I suggest she thinks again (of course she’s listening Leapy!) No man or woman is an island.

Unfortunately, many voters vote for their favourite politician. If the voters begin to turn against her personally, she could find the euphoria of her present popularity rating plunging; with the wheels of her upturned chariot spinning like a pair of whirling dervishes as she finds herself relegated to the opposition of a nightmare coalition party that will bring the whole nation to its knees.

Unfortunately this copy has to be in before we see the May/Corbyn televised debate, so I can’t predict the outcome, but one thing is to me painfully obvious, Theresa May is beginning to lose the popularity competition.


Corbyn with his, deliberate softly spoken, ban the bomb, rob the rich approach, is looking a more acceptable personality by the day.(Shame about Diane Abbott!)

The fact that he wants more immigration, a dismantling of our nuclear protection.

More benefits to the scroungers, and refuses to condemn terrorist organisations, is small potatoes compared with whether a whole deluge of somewhat politically dithering voters actually like him or not.

It’s a sad fact that Theresa May needs to put on her ‘kiss me quick’ hat, don a more acceptable frock and be a far more ameniable party guest if she doesn’t want to be short of a seat in the modern day game of political musical chairs.

Are not the pathetic leaders of the European Union acting exactly as we knew they would?

Their pouting, childlike attitude to the terms of the UK’s departure, is precisely the reason we need to leave this bunch of spoiled brat, unelected wastes of space to their own pathetic devices.

Good riddance to them all. We’ll survive.

When you’re all being over run, don’t think UK members will lean over backward to liberate the whole bunch of you for a third time!