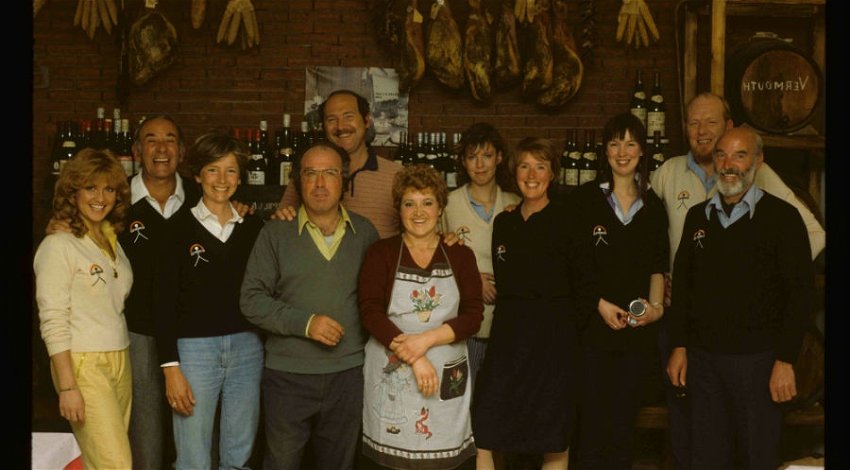 I AM asked often, “what did you do back then without TVs, radio, theatre and seemingly no where to go and nothing to do?”

But, in the early days you only had to sit back and contemplate your next meal and you had a plethora of choices.

Really good and exciting places to eat, but you had to travel to get there. One learned quickly how wonderful home cooked Spanish cuisine was. And, while chewing, washing it all down with some interesting wines – doubled the pleasure.

The key was not being afraid to get out of town and search out the unique places that others had mentioned.

So many have vanished now taking with them memories of generations of good living and conviviality. The very thing that makes Spain so special to the visiting masses. Candido’s in Lorca – gone.

Locally, the most legendary was the Cortijo Suesa on the road to Alfaix. Then you needed a guide to show you the hidden exit between two buildings you wouldn’t believe a car would fit through.

Then a winding ride downhill to nowhere recognisable. Pulling up outside a farmhouse without an announcing sign or lights, but plenty of barking dogs. It became my Sunday church.

It began with a few golfing buddies then gravitated to visiting clients and then their friends or anyone erudite enough to find the concealed sanctuary.

The menu never varied, chicken, pork or lamb cutlets. A big salad and enough wine to float a boat. The wine came from three formidable barrels and you could pour your own.

Aptly named, Father (about 14 degrees) Grandfather (16 proof) and then Greatgrandfather (a minimum of 18 degrees and more headaches than you could carry in a week).

If you were smart you’d cut the wine with ice cold Casera (lemonade) or we would have to send back a rescue party to retrieve you on Monday morning.

Now the food was slow in arriving, as all was freshly prepared just for your table; cutting the lettuce, tomatoes and onions.

If you went in to ask concerning the delay you’d be handed another empty pitcher for wine and told help yourself. Also given a plate of freshly baked country bread from their ovens and some garlic butter (ali-oli), required eating for self preservation.

I also always ordered a side dish of lima beans and butifara (Catalan sausage). Surprisingly enough few words were exchanged during the eating, everyone ravenously hungry.

The children were occupied obtaining more wine from the barrels. No-one ever lacked wine. An empty glass was unheard of. And – never an argument or cross words.

Heaven had arrived and we were gobbling and then washing it down with a deluge of red, tinto, and rojo.

The entire affair was a self inflicted amnesia. No-one ever remembered what took place, was sung, said or whispered. Most didn’t remember going there.

But, by Saturday evening my phone attended to a constant stream of calls pleading to suffer again.