Worth their weight in gold 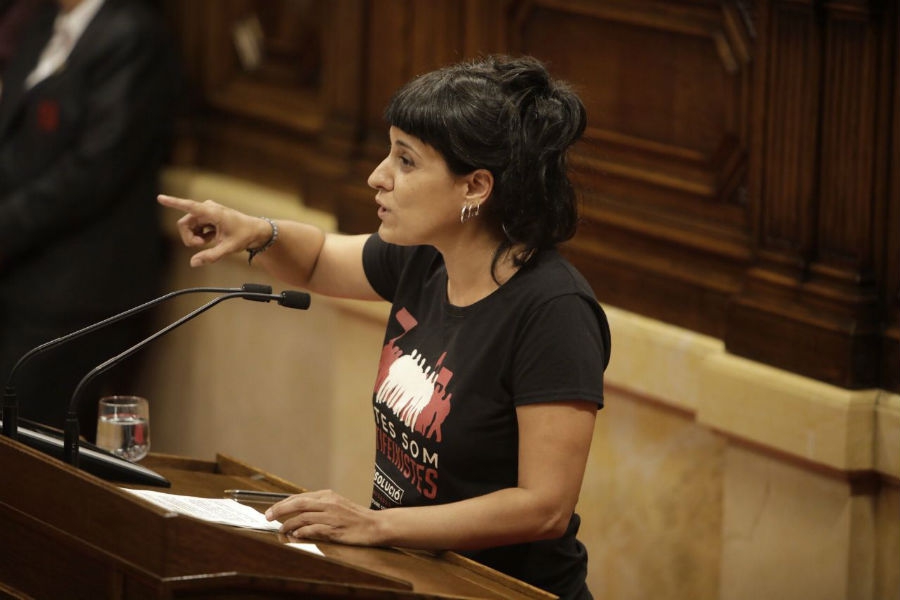 ANNA GABRIEL is leader of the CUP anti-system party whose votes are vital to the Junts pel Si coalition that governs Cataluña.

She refused to attend the Barcelona ceremony that awarded city hall’s Gold Medal of Civilian Merit to the police, firefighters, hospital staff and civil defence members who attended the victims of the August 17 terrorist attacks.

CUP did not want the medal to go to the Mossos d’Esquadra, the region’s police force, on account of their ‘extrajudicial executions’ of the jihadi terrorists.

Presumably Gabriel would have felt the same if she had been strolling along Las Ramblas just before 5pm on August 17 or had gone for a drink along Cambrils seafront later that night.

MARIANO RAJOY must wish now that his July 2006 appeal against the reformed Autonomy Statute approved in a Catalan referendum a month earlier had not been upheld by the Constitutional Tribunal.

That Statute, which had the blessing of Jose Luis Zapatero’s government and the national parliament, was too much for Rajoy and the seven regions governed by the PP.

Eight of the Statute’s articles earned their censure and above all, the claim that Cataluña was a nation. If only Rajoy and his party could have swallowed that then!

Instead their past intransigence is subjecting roughly half of Cataluña and the rest of Spain to chronic indigestion now.

ON Cataluña’s national day, the Diada, Podemos leader Pablo Iglesias declared “As a Spaniard who is proud to be one: Long live a free and sovereign Cataluña.”

Iglesias resembles a circus performer trying to ride two ponies simultaneously, with a leg on each.

He has to keep Podemos voters happy inside and outside Cataluña although managing this feat without doing the splits will merely demonstrate that he’s lying to someone.

THE national government placed too much faith in the Catalan separatists’ respect for the Spanish constitution.

Rajoy, who has weathered so many storms, underestimated his adversaries if he imagined he could ride out this one, too.

There was a misplaced Madrid belief that ambitious Oriol Junqueras, whose ERC party is one half of the governing Junts pel Si coalition, would cancel the referendum and press for regional elections once the Tribunal Constitucional went to work on the Referendum and Disconnection Laws.

That might not have put paid to independence plans but, like all Cataluña’s early elections, it would probably not have endorsed them.

Instead Junts pel Si and their CUP henchwoman claim that they will take orders only from the Catalan parliament, refusing to recognise any other authority.

Carles Puigdemont is not unlike a suicide bomber who wants to be a martyr.

Nothing would suit the Cataluña president better than finding himself in prison and although he might not be willing to die for his cause, he would certainly like to be seen to suffer for it.