Waking up to a flightmare and a flight old mess! 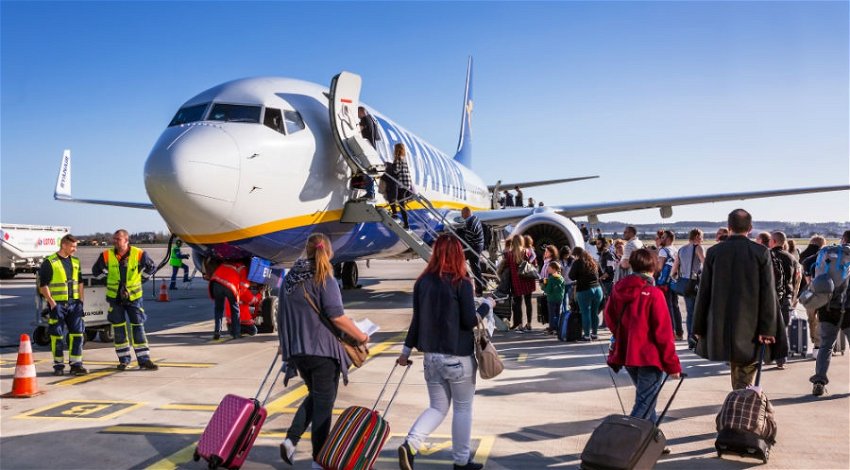 NEARLY half a million passengers hit by Ryanair’s cancellation fiasco, half a billion pounds wiped off the airline’s value and CEO Michael O’Leary’s own admission: ‘it’s a mess-up’!

But knowing Ryanair, I’m sure it already has a plan to restore its fortunes. After all, you’ve only got to look for clues at O’Leary’s own past announcements:

1. On upright seating: “I’d love to operate aircraft where we take out the back 10 rows and put in hand rails. We’d say if you want to stand, it’s €5. People say: ‘Oh, but the people standing may get killed if there’s a crash.’

“Well, with respect, the people sitting down might get killed as well.”

2. On low fares: “I don’t see why in 10 years’ time you wouldn’t fly people for free. Why don’t airports pay us for delivering the passengers to their shops?”

3. On turbulence: “If drink sales are falling off we get the pilots to engineer a bit of turbulence. That usually spikes up the drink sales.”

Those of you familiar with Ryanair will recall the bad old days: the no-frills flights but with all the usual trimmings.

The constant hard sell from the moment you boarded to the moment you landed: snacks, scratch cards, duty-free goods, rail tickets, babies from East European orphanages.

I made the last bit up but you get the message. Overall, it’s hugely improved. And, generally, it’s been punctual, efficient and does what it says on the tin.

Trouble is, the travelling public would love flying to be like it’s depicted in the old Hollywood movies. Beautiful, dolly bird hostesses and handsome, square-jawed pilots who never flapped in an emergency.

If it was still like that, only oligarchs would be able to fly. O’Leary put it in a nutshell: nowadays a plane is just a bus with wings and the passengers referred to as SLF (self loading freight).

You can expect to get the same treatment as on the number 53 bus.