Brexit has brought Gibraltar and Scotland closer together 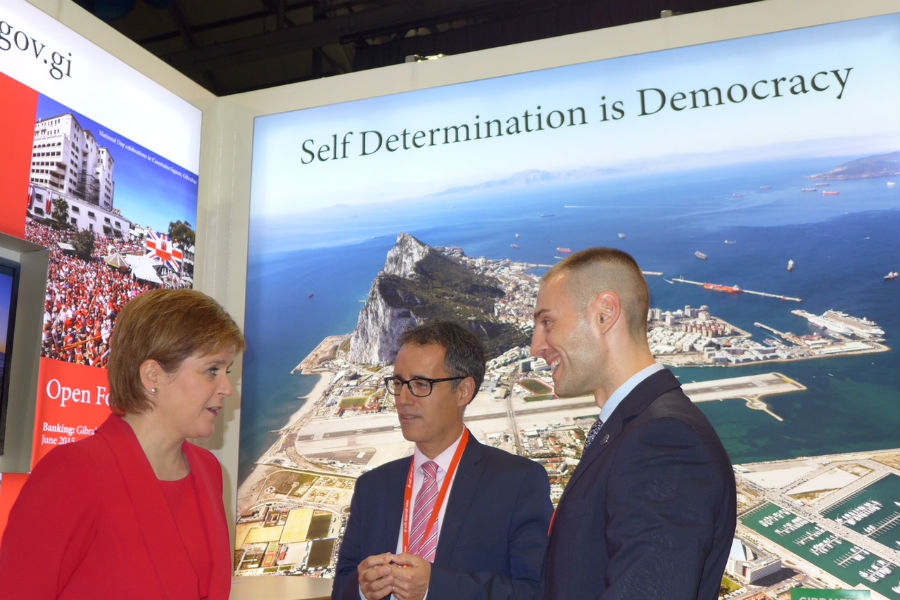 THE Deputy Chief Minister Dr Joseph Garcia said that one positive outcome of the Brexit referendum is that it has brought Gibraltar and the Devolved Administrations like Scotland closer together in a way which had never happened before.

He was speaking in Glasgow during the conference of the Scottish National Party.

In response, Scotland’s External Affairs Minister Fiona Hyslop MSP welcomed the Gibraltar delegation to Glasgow and declared her support for its right to self-determination.

Dr Garcia pointed to the Brexit work that was being undertaken by the Gibraltar Government with Scotland, Wales and Northern Ireland, which has included meetings at the highest political level with the First Ministers of the former two nations.

The Deputy Chief Minister said that the links between Gibraltar and Scotland were historic and deep. He went over how Scottish Regiments had contributed to the defence of Gibraltar over the centuries, including during the Great Siege.

This was the longest siege in British history and those who successfully defended the Rock against the superior combined forces of Spain and France were led by a Scotsman General George Augustus Elliott.

He detailed the background to the 1967 and 2002 referenda. On both occasions the people of Gibraltar had voted in the full knowledge of the consequences that would follow.

Then he explained how the 2002 vote had been described as “illegal” and “eccentric” and how it was held in the face of opposition from both the United Kingdom and Spain. Despite the fact that the UK did not agree with it and did not want it to happen, there was no attempt to prevent Gibraltarians from casting their vote.

The 2014 referendum in Scotland, which was agreed between London and Edinburgh, was a further shining example of democracy in action. ”History has shown that swinging truncheons and brute force will never bury an ideal”, he said.

He further declared that “in this day and age the principle of self-determination was paramount and that a people, however small, enjoyed the right to determine their own future. This is people power and this is what democracy is all about”, he said to applause from those present.