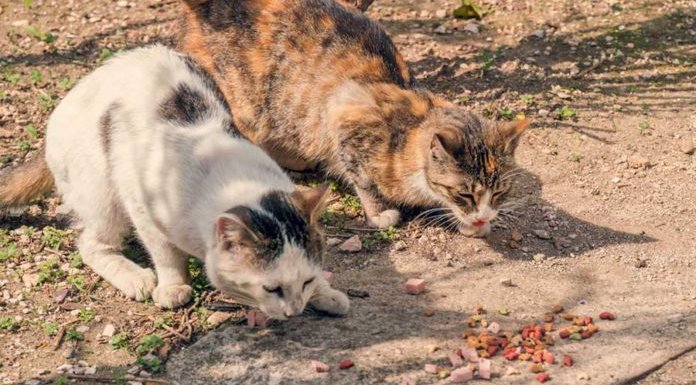 ON a recent trip to Greece, I was struck by the number of stray cats and dogs.

After some research, I discovered I was not alone. One woman went so far as to say that she’d found the perfect resort for her wedding, but cancelled the booking after seeing how many strays were in the area.

There’s a strong feeling that anyone who writes such complaints are saccharine, spineless or suffering a superiority complex. ‘WE don’t have that many strays, but THEY do’ is the general suggestion behind the head shaking and eye roll.

The problem is when you pour as much money into Europe as British tourists it’s unconscionable to ignore pressing local issues. Strays are as much a result of massive tourism as lazy animal practices. Visitors feed street animals, and tourist spots encourage it because cats and kittens are a charming foreign novelty.

It’s the same situation in Spain. The number of strays is significant, but it’s even more of an issue for Brits as so many live here. To the credit of an ambitious few, there’s been a significant drive to house animals.

The irony is they often do so in the UK, ignoring that Britain also has its own stray epidemic. The RSPCA has been advising for the last five years that the country has four million stray cats and their facilities are reaching full capacity. 30,000 animals came into their care in the last two years, and available homes are declining.

But there are three significant differences. The first is that the UK’s stray problem is less compared to estimates for Greece, Spain and across Europe which suggest there are tens of millions of stray animals.

Secondly, charities like the RSPCA operate with budgets of millions. Even though they’re registered charities, their capital outstrips cash-strapped countries like Greece.

Thirdly, across Europe and notably Greece and the Balkans, there’s a general feeling that spaying and neutering is unnatural. Mass programmes for doing so are seldom undertaken because of the cost, exacerbating problems of overpopulation.

Fourthly, and perhaps most tragically, pets are thrown away because their owners cannot afford them; a lingering consequence of the 2007-08 financial crisis in Mediterranean countries.

The best British people can do is to find animal charities in their area and donate to the work they do. Sadly, there is no more useful way to help hundreds of millions of animals in need.