If it ain’t broke, it don’t need fixing…OK? 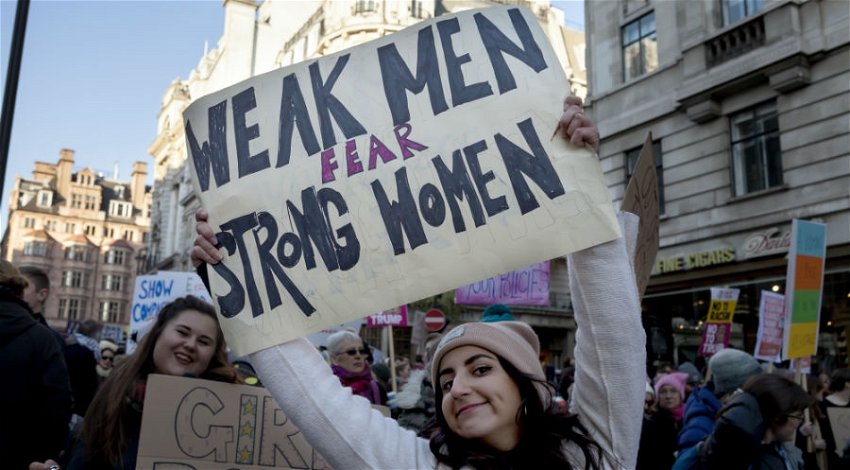 WOMEN’S LIB: Not speaking for all.

THE problem with the female ‘libber’ brigade is that their aspirations and ‘causes’ are almost exclusively in the hands of women who are in the public eye.

These women, by the very nature of their chosen paths and careers have more access to public pedestals and media outlets than the majority of the fair sex can ever, or often even want to become involved with.

Consequently, we only ever hear the views of women who are, in the main, just as about as far removed from the normal female homemakers and domestic Mums as it is possible to be. This creates the misapprehension that the majority of women are not happy with their lot and are all lusting after rebellion and change.

I believe this is quite simply not the case. In my opinion the vast silent majority of ladies are perfectly happy and indeed extremely proud in their homespun, often sexy wife roles, and indeed why shouldn’t they be?

As a single parent, I am totally aware of the responsibilities and sheer hard work it takes to organise a household and keep a happy loving family life running as smoothly as possible.

Ladies who choose this homelier and utterly commendable path are widely talented, needing to have the stamina of an athlete, the negotiating talents of a politician and be basically competent at everything from psychiatry to plumbing.

Quite frankly I consider the career orientated female libber of the species, are actually taking the easy way out! (And don’t tell me some do both. That precarious path NEVER works satisfactorily!)

Many of the wives I have spoken to are a bit bewildered and often quite angry at the presumptuous few who take it on themselves to arrogantly give the impression that they speak for such large numbers of the fair sex.

The problem with libbers is that many simply want to take over the roles of men. Some of them would actually rather be men.

Well, my message to them is that the creator of the human race made men and women physically and mentally different for a vast cross section of reasons.

To encourage changing homo sapiens’ life roles to a point when we see women working building sites and wielding sledgehammers and men rushing home from the shops to get the dinner and feed the baby, is arrogant, presumptuous and brainwashing to a point of criminality.

So, my message to the often insecure, indecisive minority, who seek to change the nature of men and women, do wherever you think fit, and the best of luck.

But don’t presume the majority of ladies are of the same mind, because they are not. Leave those who prefer a more conventional way of life to simply be happy in their chosen existence.

After all it has kept the human race ticking over since the stone ages. If it ain’t broke, it don’t need fixing. OK?

So, with my reinforced jock strap firmly in place and my eyes firmly placed in the back of my head, I bid you all a fond farewell for another seven.