You really couldn’t make it up could you? 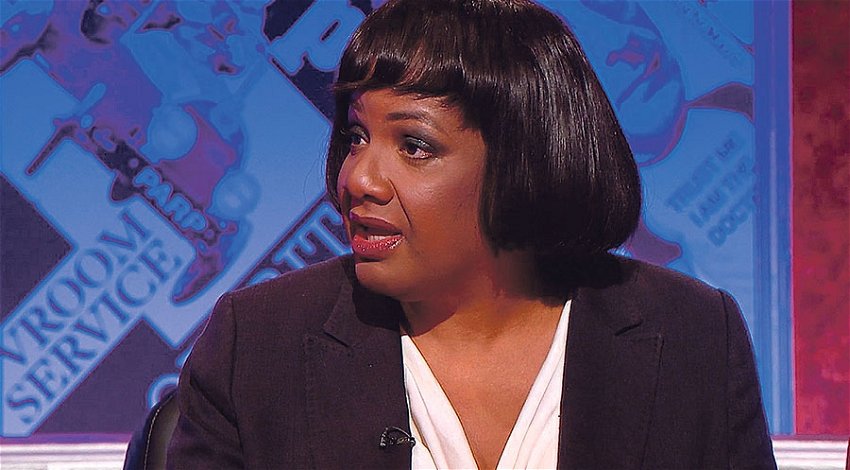 DIANE ABBOT: ‘The savvy of a senile sea sponge.’

APPARENTLY, the term Black Friday refers to the chance for businesses to get back into profit (black ink) after being in the red for the rest of the year. Ah well, each to his own.

The only thing that has surprised me, is that some luvvie committee or another has not declared the term to be somehow non-PC! Well just about everything else has. This past week really has taken the whole ridiculous tin. Caring surgeon Colin Baillie was chastised when he praised a toddler’s father for acting ‘manfully.’

The child’s Mother accused him of ‘promoting sexism’ and demanded an apology from the surgeon’s bosses. Girl Guide leader advisors ruled that teenage boys who identify as girls would be allowed to use the girls’ changing rooms and showers. (Probably one of the best excuses for declaring gender confusion to date!).

A woman was banned from giving a University lecture because she, quite acceptably, stated that young children, who are somewhat sexually confused, should not immediately be labelled as transgender. A terror suspect was awarded thousands of pounds in legal aid to overturn his travel ban, as it prevented him taking his children to a (non-halal!) McDonald’s. The whole, almost unbelievable debacle simply went on and on. We learned that re-arrested child killer and monster Jon Venables, has cost the taxpayer over five million pounds for his ‘rehabilitation’! Another scintillating snippet told us that last year, every six seconds, an immigrant won the right to stay in the UK (and they were only non-EU individuals!).

And of course, the greatest humdinger of all, the woman who wanted Sleeping Beauty banned because she considered the Prince, kissing the sleeping beauty without her permission, was tantamount to sexual assault! Sorry love chucking a bucket of water over her royal highness, just doesn’t have the quite the same romantic ring to it. Oh no it doesn’t. You really couldn’t make it all up, could you?

The only true bit of sanity to emerge this week was the doubling of Oscar Pistorius’s laughable sentence for the brutal murder of his girlfriend Reeva Steenkamp. I always said the whole case involving this spoiled psychopathic brat, was a struggle of money and power versus justice and was delighted to see the rule of law finally emerged as the victor in this previously unsatisfactory example of the South African legal system.

‘Dumb, Dumber’ award of the week has to go to the producers who selected Diane Abbot to partner the razor-sharp Paul Merton on ‘Have I Got a Bit More News for you.’ This awful, incompetent political pretender, proved that with the personality of a plank and the savvy of a senile sea sponge, she could probably lose any future election of the Labour movement totally unaided. Sitting there with a blank, albeit slightly panicked expression (ala her mathematical budget gaffe) she was an embarrassment to all concerned.

Keep at it love, the way you’re going, you could possibly get more votes for the Conservatives than Theresa May (the way things are going, not that difficult!).