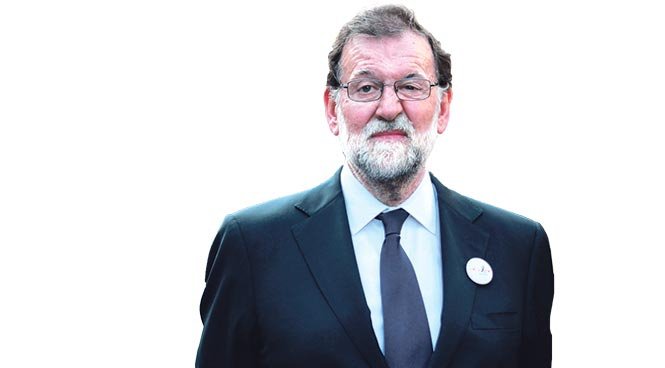 SPAIN is shellshocked but not Cataluña. The popular theory that the pro-independence separatists were a noisy majority whose stridencies silenced the cowed and silent majority has had holes blown all the way through it.

Certainly more Catalans voted for Ines Arrimadas and Ciudadanos than ever before and her party has more seats in the regional parliament than any other.

But at this stage it looks as though she cannot head a government since the constitutionalists have 57 seats between them.  Even if they wooed piggy-in-the-middle Cataluña en Comun they would still only have 65 seats.

If anyone should be blamed for the constitutionalist defeat it is the Partido Popular, the least-voted party with its pathetic three seats. Had the PP improved on the eight seats the party won in 2015 there would be a different story to tell.  It’s time for Mariano Rajoy and the PP to take a long, hard look at where they went wrong in Cataluña.

But instead of navel-gazing they should look at the footage of the police and Guardia Civil charges on October 1.

That would explain a lot.

MARTA ROVIRA said on the morning after the Catalan elections, “We won the elections and Rajoy lost.”

Rovira’s ‘we’ was generic because her party, Esquerra Republicana de Cataluña (ERC) was overtaken, against all expectations, by self-exiled Carles Puigdemont’s Junts per Catalunya.

But between them ERC and Puigdemont’s party have 66 pro-independence seats – 70 if they allow the anti-system CUP party to hitch its wagon to their star.

Predictably, CUP is already being tiresome and bartering support in exchange for a republic – now, and not tomorrow.

But the separatists might even manage to dispense with CUP and could still be sitting pretty in their Parliament seats as Barcelona mayor Ada Colau’s party Cataluña en Comun (CEC) would possibly abstain rather than vote against them.

They have until February to start haggling but meanwhile more big-name firms will probably leave the region, the economy will stagnate still further and hospital waiting lists will get longer.  In other words, the same pattern that has accompanied ‘El Proces’ so far.

CARLES PUIGDEMONT, regional president until the Constitution’s Article 155 temporarily suspended Cataluña’s autonomous status, fled to Brussels while others who joined him in the unilateral declaration of independence were remanded in prison.

Never mind, he said from his self-imposed exile, if the separatists win the December 21 election, we’ll get them out of the slammer. Is this the same Puigdemont who accused the national government of using politics to influence the legal system?

A judge remanded the UDI faction for rebellion and sedition and only a judge can release them. But Puigdemont & Co have applied double standards throughout ‘El Proces’ so it’s no surprise that they should be doing it now.

CUP’s Ana Gabriel, former regional president Artur Mas and Marta Rovira are the subjects of a new investigation for ‘rebellion’ ie their part in ‘El Proces’ of taking Cataluña towards independence.

It’s time for Rajoy to stop flogging a dead horse. It’s time to start talking, not an easy task with the separatists who only listen to what they want to hear.

The December 21 poll has shown what Cataluña wants does not correspond to what Rajoy and his government or many Spaniards want.  So it’s time to talk, Rajoy, and if you can’t or won’t, let someone else do it for you.