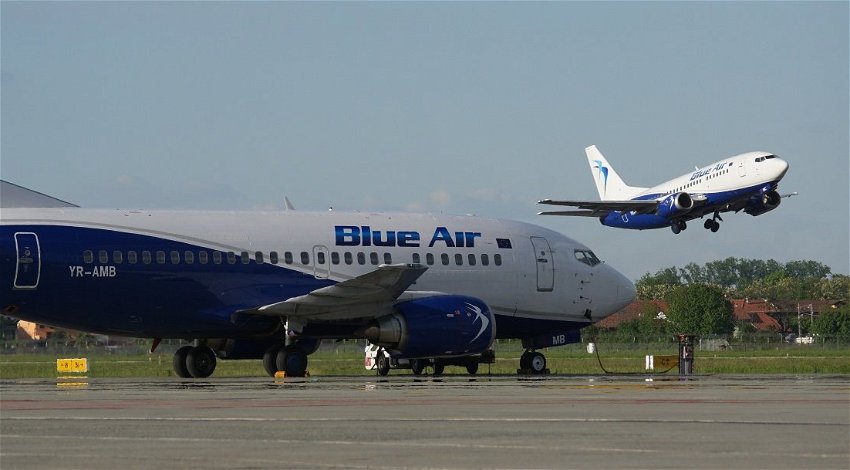 BLUE AIR TAKE OFF: New route between UK and Spain

A ROMANIAN airline, Blue Air, has announced a brand-new route from the UK to Spain starting on June 5, 2018.

To beat the January blues tickets for the new service between Liverpool’s John Lennon Airport and Malaga’s Costa del Sol airport have already gone on sale with discounts of up to 15%.

Blue Air will be running two weekly flights, on a Tuesday and Thursday with fares starting at just £31.70.

The new route to Malaga follows on from the success of Blue Air’s recent announcement that the airline will be flying to Palma de Mallorca in Spain from this summer.

Tudor Constantinescu, Chief Commercial Officer at Blue Air said, “Blue Air is delighted to now be taking our passengers directly to the sunshine this summer with this new route to Malaga from Liverpool John Lennon Airport (LJLA).

“Malaga is an incredibly popular destination and we can’t wait to commence our first flight in June.

“Our arrival at Liverpool John Lennon Airport, just under 12 months ago, has been a huge success for Blue Air, and we’re looking forward to welcoming even more passengers this year.”

Paul Winfield, Director of Aviation Development for LJLA commented, “It’s great to be able to celebrate our first new route announcement of the year so early into 2018 and at a time when many will be thinking about booking their summer holiday.

“Blue Air’s operations continue to go from strength to strength and we are naturally delighted to see one of Europe’s fastest growing airlines announce more departures from Liverpool, adding another new route to their list of destinations from here.”

Offering low prices, a free snack and drink onboard, more legroom and a baggage allowance of up to 32kg, Blue Air currently flies to seven destinations across Europe from Liverpool John Lennon Airport including Milan, Rome, Alicante, Mallorca and several locations in Romania.

Blue Air has been operating for over 13 years and in 2017 Liverpool became Blue Air’s eighth European base with one of the airline’s 144 seat Boeing 737-700 aircraft at being located at LJLA.

Blue Air is headquartered in Bucharest, with its main hubs at Henri Coandă International Airport and Turin Airport.