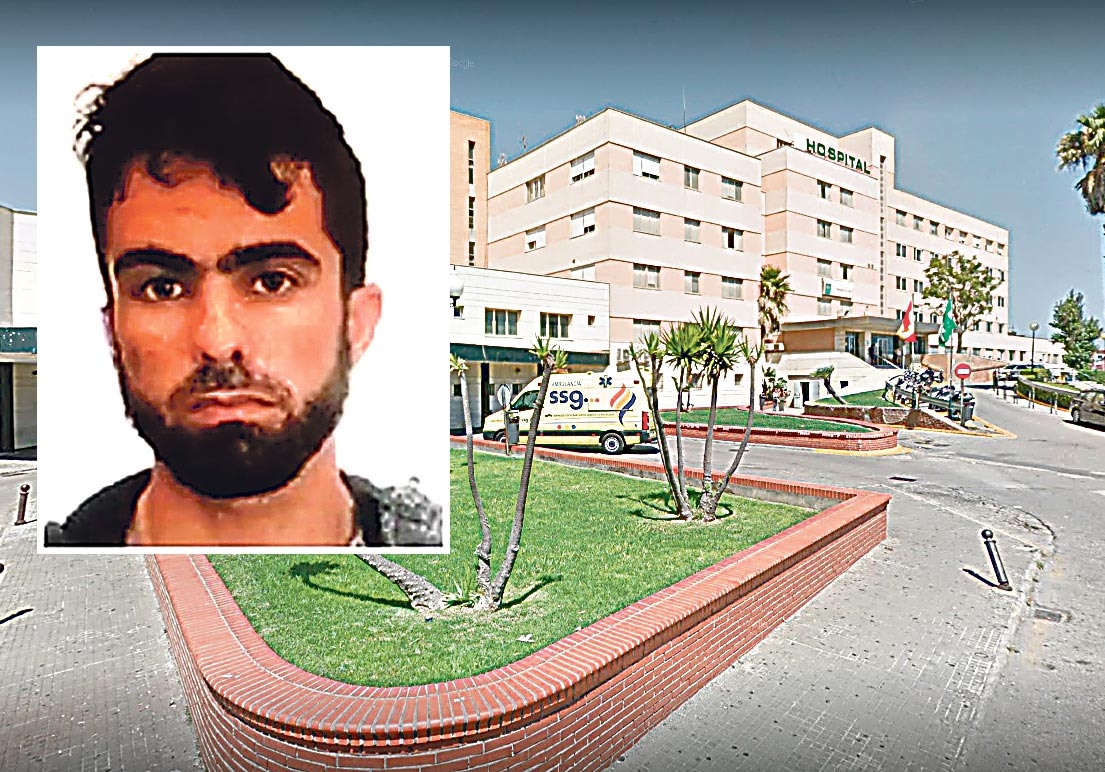 BUST OUT: The hospital where the drug baron escaped from. (Inset) Samuel Crespo Dominguez.

SAMUEL CRESPO DOMINGUEZ, the drug baron who was busted out of a hospital in La Linea de la Concepcion, remains at large.

Crespo – who is believed to be hiding out in Morocco – allegedly ran the largest drug trafficking organisation in southern Spain.  As previously reported by Euro Weekly News, he was taken to receive treatment in the La Linea hospital after he injured his leg in a motorcycle accident while on the run from police.

Twenty hooded men then stormed the casualty department of the local hospital, overpowering medics and the two policemen who were on guard before escaping with Crespo. Spanish media sources claim the group escaped on jet skis to Morocco where the drug lord was treated for his injuries at a hospital in Tetouan.

Crespo is believed to be one of the main ringleaders of a group responsible for smuggling hashish from Morocco into Spain. A police spokesman claims that it was his girlfriend who tipped off the drug ring to where he was being held. His associates then broke into the hospital and fled with Crespo in tow to the tourist resort of Marina Smir on the Moroccan coast.

Police only succeeded in detaining one of the assailants, who was reportedly his cousin.

Meanwhile, 10 people – including one child – have been held on suspicion of drug smuggling in La Linea. The arrests came after a police patrol passed a group of youths dressed entirely in black, with gloves and balaclavas covering their faces, in the town’s notorious La Zabal neighbourhood.

When they saw the approaching police car, the group scattered, jumping walls into nearby properties. After calling for backup, most of the fugitives were found hiding in an abandoned industrial unit, reacting violently when officers tried to arrest them.

Once they had been subdued and taken away, a further search revealed a second unit which was being used to hide large amounts of hashish and several off-road vehicles.

The building was being guarded by a man with a walky-talky and a “large” amount of money “presumably from drug trafficking,” police said in a statement.