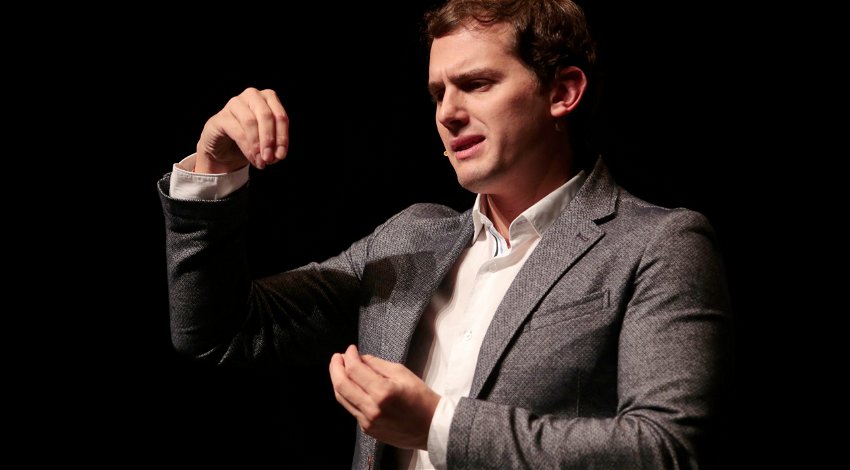 ALBERT RIVERA, the pro-Constitution leader of Ciudadanos and one of the 50 per cent of Catalans who do not want Independence slated Prime Minister Pedro Sanchez for receiving Quim Torra in the Moncloa.

Rivera dismissed Sanchez as a populist and condemned him for receiving someone who was not a democrat.

Better look for another stick to beat Sanchez with. Successive Spanish presidents have received dodgy visitors without a murmur, the last of whom was the Crown Prince of Saudi Arabia.   Less of a tyrant than his grandfather, admitted, but no shining example of democracy.

Poor Albert! He’s still smarting because Pedro Sanchez stole his presidential thunder, wrong-footing and outsmarting him to get into the Moncloa with that amazingly successful Vote of No Confidence.

Lie of the land

WITHIN a day or so, either Soraya Saenz de Santamaria or Pablo Casado will be chosen to lead the Partido Popular now that Mariano Rajoy is tending his garden in Santa Pola.

To Casado’s irritation, people keep harping on about the master’s degree he picked up so effortlessly in 2008 without attending one lecture.

“It’s rather a coincidence that just as I presented my candidature something that happened 10 years ago should acquire so much media, academic and legal importance,” he said with hurt surprise.

Not very perceptive of him.  Nobody gives two hoots about Casada’s academic record.  What they care about is the fact that he could be lying about it and if he can’t see what’s wrong in that, he’s even worse than the usual run of politicians.

Victory of the German doctor

PASCUAL MARAGALL was the socialist mayor of Barcelona between 1982 and 1997.  In the 1999 regional elections, he was the most-voted presidential candidate but owing to the way the electoral system distributes seats, Jordi Pujol was again invested as Cataluña’s president.

Maragall finally made it, with the help of Esquerra Republicana and the largely forgotten ICV-EUiA in 2003 and remained president until he resigned in 2006.

In 2007, Maragall admitted that he had Alzheimer’s.  Echoing Cervantes, he joked: “The German doctor whose name I do not care to remember will win the game in the end.”

Not long ago Maragall’s daughter Cristina told an El Mundo interviewer:  “If my father were well, perhaps we wouldn’t have arrived at this in Cataluña.”

Maragall himself, like many Catalan socialists, possibly had a yen for independence but it remained latent and rational.

Eleven years later Maragall no longer knows who he is or was and the “German doctor” is winning.

Like Maragall many Catalan politicians are unsure of their identity, the least rational of whom is the self-exiled Carles Puigdemont, but unlike him, there is no excuse for them.