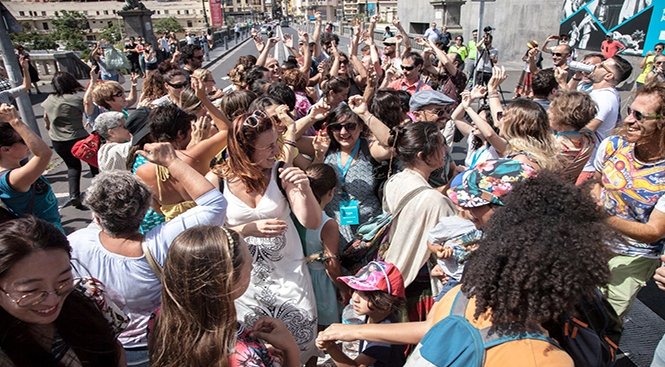 SINCE the fifteenth century, when the Spanish took the Canaries as both a practice and way station for subsequent trans-Atlantic plundering adventures, the islands have been a bridge between Africa and the Old and New Worlds.

The New World needed slaves, we’re close to Africa, the rest is history.

Centuries later, oppressed Canary Islanders migrated to the Americas. Many stayed. Lots came and went. A musical melting pot is one of the more obvious results, making provincial capital Santa Cruz de Tenerife the perfect venue for a recent revamp of the traditional bridge rôle. 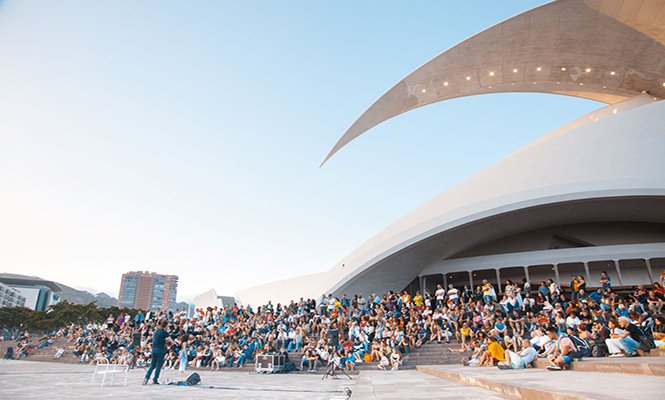 Long may it last! Think state-of-the-art performing arts and music trade fair, add networking, training and information exchange, and you’ve got it.

Although performances were public, free and popular, the 56 acts from 16 countries were there to impress some 150 programmers, bookers and agents, who’d come from 40 countries to shop for festival and event acts.

Musicians had 30-minute slots to strut their stuff, while dance, theatre and circus groups’ slots varied. Artistic, technical and organisational quality were keynotes thoughout. It was an impressive event.

The pearl of waterside Santa Cruz is the Auditorio Adán Martín, designed by Santiago Calatrava. It has shimmered beautifully there in the sun since 2003. Many of the MAPAS gigs were there and evening audiences loved its outside venues.

Cava bubbling in the evening sun, waves splashing below, we were delighted by performers like Lornoar (Cameroon), as a quick survey to make sure it wasn’t just the cava revealed:

“All these marvellous performers here from all over the world! Incredible!”, Carmen-Lola, 79, Tenerife. And so on.

As well as performances, artists’ groups from the Canaries and 29 countries in Africa, Latin America and Southern Europe met international cultural agents and programmers in pitch and networking sessions, workshops, round tables and conferences.

At the inaugural conference, Miami University’s Prof. George Yúdice said: “Nowadays, performing arts have to compete with increasing competition from the digital world. It’s vital not only to promote good artist/venue matching, but also to help performing artists thrive in these conditions”.

“It’s been marvellous, very worthwhile. We’ve had appointments with lots of bookers, met a lot of people and enjoyed Tenerife”, said Ana Rodriguez, Troker (Mexico)’s minder. With two Glastonbury appearances at West Holts behind them and a third rumoured for next year, the extraordinary Troker’s storming set, complete with tequila, closed Friday night on a high.

MAPAS’ local economic effect topped €5.3 million, hopefully safeguarding both this fledgling event, and its philosophy, into the future.