VOTE NOW: Clock's ticking for Benidorm's Tiki Beach bar as 'save it' campaign is launched 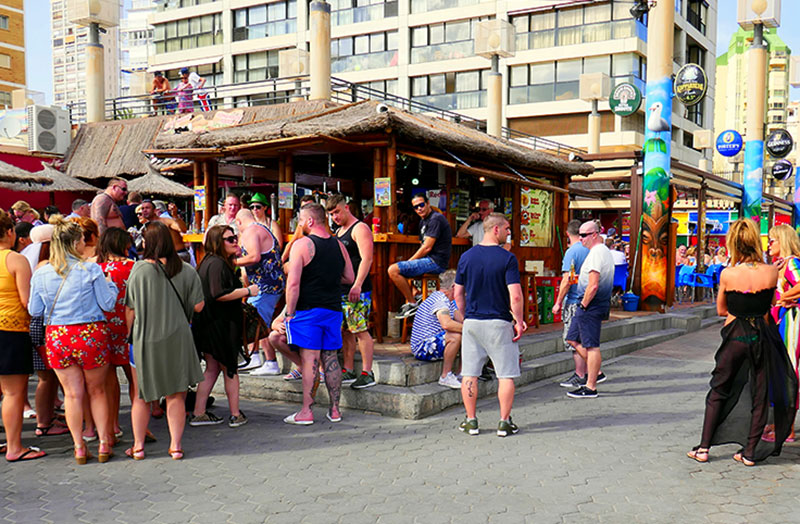 AN online campaign to save a Benidorm bar popular with holidaying Brits has been launched despite Spain’s Supreme Court order for it to close in less than a month – although it isn’t appealable.
[poll id=”7″]
A Facebook page called ‘Save Tiki Beach Benidorm’ – for all that love Tiki Beach here in Benidorm – already has more than 8,000 members and a change.org petition has been launched too.
https://www.facebook.com/alexandra.aledorr/videos/919420484933930/
The petition page pleas: “Family! We need signatures to not close our premises” and has 1,000 supporters.
Fans of the pub and cocktail bar have been sharing snaps and videos of happy holiday memories of the Tiki Beach to the Facebook group.
Dave Errington posted: “Love this place and so does my daughter. This is the most iconic bar in Benidorm and if it closes it signifies the start of the demise of Benidorm.😢”
Philip Wrzesinski said: “It’s madness. How much extra tourist trade and tourist tax the place brings. Should just get rid of apartments.”
Alexandra Horvath posted a video adding: “Tiki Beach still going !! The best beach party in Benidorm !!”
However, there are others who side with the local residents and agree with the decision of the court.
Ian Stones said: “Thank goodness. Was awful to walk past it.”
Lynne Devlin says: “Hopefully the start of beni getting cleaned up.”
And Micky Beven added: “About time I wouldn’t like to be a resident there!!”
Sue Moss chipped in: “Good about time, it was awful to see all the young ones absolutely out off it and off their faces with the drink. There’s having a drink and been happy and merry, this place was like seeing a crowd full off drunken Zombies.”
Robert Bate suggested: “Benidorm is big enough for all sorts, however this type of bar should not be on the beach front as it has been intimidating to the folk passing by.”
Sue Roberts said: “Thank goodness, about time. 😃😃”
But the Benidorm & Costa Blanca News & Information Forum group administrator Karen Hanson pointed out: “They’ll just go elsewhere, closing one bar won’t stop 100s of people from getting drunk.”
Rachael Francis Watkinson claimed: “They already have a new one on the beachfront ready…smarty pants aren’t they 🤗” – although that has not been officially confirmed.
The popular Benidorm bar is being forced to shut after noise and nuisance complaints from neighbours over many years.
And now the Supreme Court in Spain has ruled in favour of the neighbours and ordered the closure of the establishment in a decision that can’t be appealed.
Loud music and the behaviour of the clients, mostly foreign tourists, were cited by the community of owners of the Santa Margarita building in their call for action against the bar.
In April 2016, the Provincial Court also ordered the closure but the owners of the bar appealed to the Supreme Court.