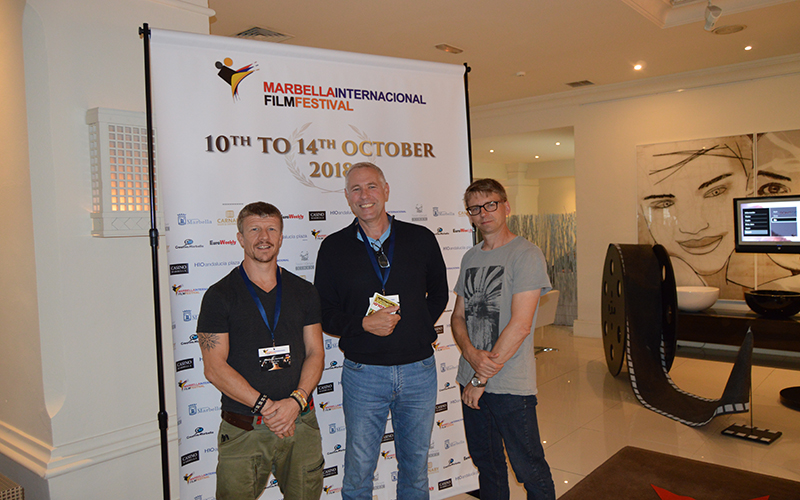 WRITER and producer Jonathan Hall lives in the small village of Barx in Valencia Province with his wife for six months in the year.

They were quickly accepted by the local inhabitants and with a population of 700 people they were amazed to discover that the local band has 90 musicians all of whom live and work in the area.

This got Jonathan (who is a former cricketer and has written for a number of TV programmes including Doctors on BBC) thinking about his life in the village and he produced a script about an Englishman who visits the village, reforms the local band and falls in love with both Spain and a young local girl.

He has a guilty secret however which is only revealed at the end of the film which you will have to see in order to enjoy the unexpected denouement.

Jonathan got in touch with long-time friend Nic Cornwall and persuaded him to take on the role of director and he in turn introduced director of photography Alex Metcalf to the team.

All three had links with Spain and Alex was a regular visitor to Marbella as a child and amazingly the lead actress in the film Candela Gómez was a former Marbella resident who moved to England in order to progress her career.

With a low budget, they settled on a filming schedule of 16 days using the residents of Barx as extras (with up to 500 taking part in the final scene) and attracted Tristan Summers (EastEnders), Ben Freeman (Emmerdale and the new Robin Hood film), Martin Trenaman (The Inbetweeners) and Candela in her first leading film role.

After the red carpet screening on Thursday October 11, the film which has just won Best Comedy at the Madrid International Film Festival will be repeated on Friday at the Teatro Goya at 6.30pm.