Dr Who, didn’t she do well? 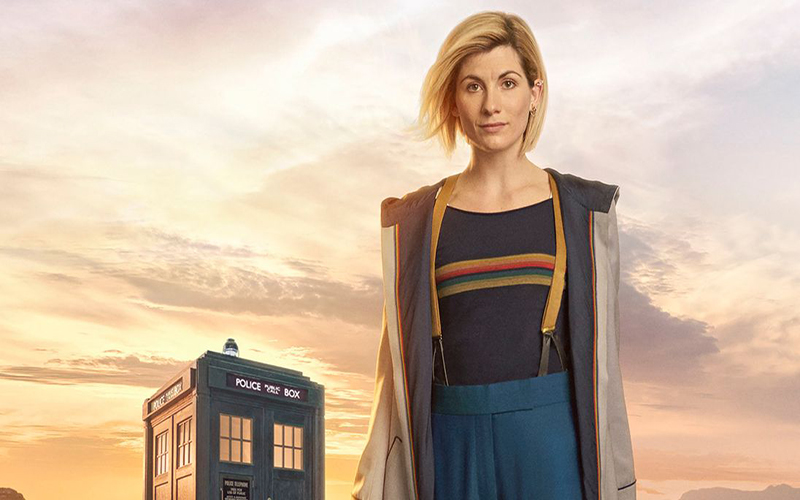 DR WHO returned to BBC1 on Sunday and despite the first episode of the new series being set in Sheffield (was I the only one expecting the guys from The Full Monty to put in a guest appearance?) Jodie Whittaker landed pretty well.
I’m guessing that a gaggle of male fans now won’t now need to hide their Dr posters and I’m pretty sure Jodie will have some female fans too.
I wasn’t too sure about Bradley Walsh being the Dr’s sidekick, I mean, would The Governess even fit in the Tardis, but he was great and so were Mandip Gill and Tosin Cole.
The new Doctor handled a beast roaming the back streets of Sheffield, memory loss and all new hair and make up with ease.
You don’t need to already be a fan or to watch each week to enjoy the new series, but a little bit like having your personal favourite James Bond, you might find yourself being slightly nostalgic for an earlier time when you hid behind the sofa when the daleks appeared. Dr Who continues next Sunday on BBC1.
Sticking with BBC1 and Sunday evening, Claudia and Tess were back to guide us through the latest offering from Strictly Come Dancing last week and boy did we need a guide. Gladys Knight was fab-u-lous, who doesn’t love a James Bond theme, but as for the rest of the show, what on earth was going on? I had barley recovered from Bruno throwing himself off his chair, presumably attention seeking, when the professional dancers appeared in a sort of home made fish pond, proceeded to cover each other in water, were rained on and then all headed off for a hot shower. Some classics, Singing in the Rain amongst them, don’t need a modern take thank you and certainly not one where the objective was to make the dance costumes see-through. What would Sir Bruce have made of it? Lee Ryan and NadiyaBychkova were the second couple to be voted off, which surprised nobody, least of all Lee. Your next dose of Strictly is on BBC1, Saturday evening.
Monkman and Seagull concluded their (very strange) Genius Guide to Britain on BBC2, Monday evening. If you haven’t heard of Eric & Bobby before, they found fame (not my words) via University Challenge and as the BBC seems to like to do, were given their own show.
You will recognise the format, put two celebrities in a car and film them driving around Britain. The problem here though is that Eric and Bobby are brilliant at being really academic and their intellect is beyond question, but you get the sense that Mum did their road trip packing and someone in the production crew needed to remind them to put petrol in the car.
They tried to use their brilliance to work stuff out, but even when they got it a bit wrong (they didn’t actually manage to get the height of that well known mast in Yorkshire right) they still congratulated themselves for being brilliant.
Maybe a better pairing would have been The Archbishop of York and Jeremy Kyle, what do you think?
Speaking of Archbishop John, he’s got a gig on Friday this week at the wedding of Jack & Princess Eugenie, ITV Friday morning.
Ruth Langsford and Eamonn Holmes will be wearing their posh frocks to play TV host, well that’s if HMRC haven’t caught up with Eamonn and impounded his top hat.
Happy Viewing
[email protected]