SACK RACE: Which manager is going to be next for the chop in the Premier League? 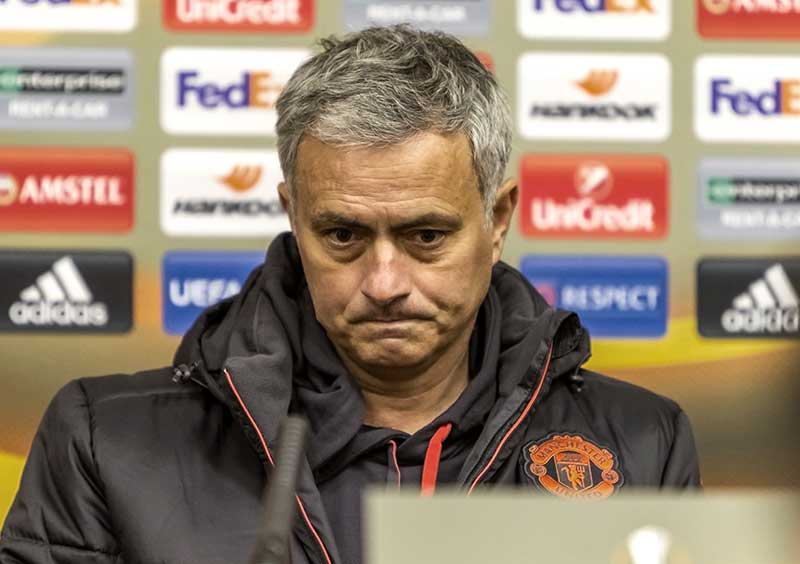 JOSE MOURINHO remains the odds-on favourite with William Hill to leave in the Premier League sack race betting, ahead of Mark Hughes and Neil Warnock according to the bookies.
With an international break just around the corner, this weekend’s fixtures could prove crucial to any hopes the betting favourites have.
Rafa Benitez and his Newcastle are up first for Jose Mourinho and William Hill are offering a special 3/1 that the Spaniard draws or beats his Portuegese counter-part that results in Mourinho’s sacking over the international break.
But besides the obvious candidates, is there a manager the traders haven’t noticed that could be in the firing line? We reckon so.
So without further ado, read on for our betting tips in the race to see which manager departs from his club first…

Sack Race Odds: 4/6
League Position: 8th
Summer spending: £74.4m
The self-proclaimed ‘Special One’ is odds-on to leave first in the Next Manager to Leave market after a demoralising week that him beaten by Derby County and West Ham before playing out a dull goalless draw with Valencia in the Champions League.
Pressure has been mounting on Mourinho since preseason preparations where he claimed that he wouldn’t pay to watch Manchester United play in America amid concerns over the club’s inability to complete the signings of several players.
More barbed comments were sent chief executive Ed Woodward’s way as the Premier League season prepared to kick-off and Mourinho
Punters will be well aware of the third-season Mourinho syndrome that has followed the Portuguese coach whereby all bridges would be burnt and his departure would be effectively sealed.
His comeback win against Newcastle has offered him some breathing space but a gut-wrenching return to Stamford Bridge right after the international break could prove decisive in the Premier League sack race betting.

Sack Race Odds: 10/1
League Position: 17th
Summer spending: £100m
Fulham’s ownership spent a monstrous amount of money over the summer in what was a clear statement of their intent for the upcoming Premier League season.
That statement? Fulham are here to stay – whatever the cost.
With a talented clique of players including Aleksander Mitrovic, Jean Michael-Seri, Ryan Sessegnon and Andre Schurrle – you can not argue that the players aren’t adequate.
So why do Fulham languish just above the relegation zone at 17th with just 5 points? Ultimately it comes down to just one man and that’s why our outside betting prediction in the Premier League sack race betting is Slaviša Jokanović.
Trading at an extremely long 33/1 in September, Jokanović seemed like one of the safer coaches in the league. But Arsenal – who have won five on the bounce in the league – won Craven Cottage before the international break – a result which saw Jokanović’s odds cut to 10/1.
Upcoming games against Cardiff, Bournemouth, and Huddersfield might provide the Serb with some leeways but any slip-ups there and Fulham would surely have to pull the trigger.
“We must understand where we are and that we could pay a costly price if we don’t adapt ourselves to this.

Sack Race Odds: 11/2
League Position: 16th
Summer spending: £56m
A healthy £56m spent in the summer is hardly much in the modern Premier League era but have Southampton spent that money wisely?
The Saints finished 17th last season, narrowly avoiding relegation. Their performances this season, however, could undoubtedly be labelled as ‘relegation-form’.
New defensive signing Vestergaard hasn’t impressed and neither has Stuart Armstrong. Angus Gunn meanwhile has had to contend with League Cup appearances.
Southampton have picked up just one win so far – a 2-0 victory over Crystal Palace – and a further two draws alongside their five defeats. Hughes’ constant blame-deflecting post-match interviews haven’t gone down well with the St. Mary’s faithful and with odds of 11/2, he is already being tipped as one of the favourites to go in the Premier League.
Chelsea’s victory before the international break piled on the miser, leaving Hughes in a precarious situation.