A good servant or poor master? 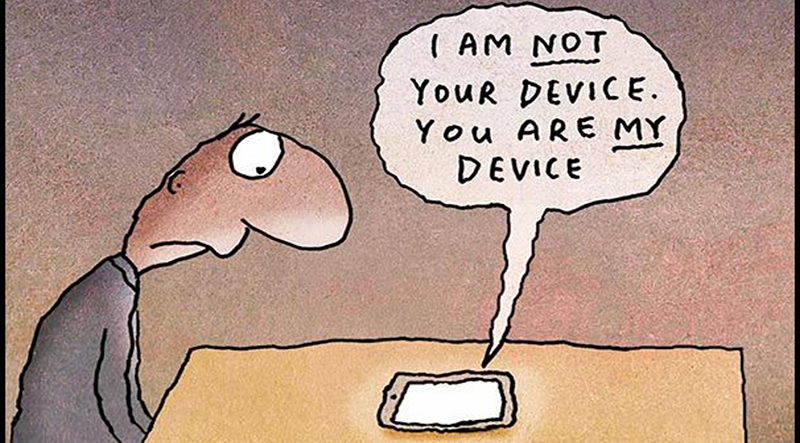 Prince was wrong; the internet is definitely not over

A HILARIOUS scene in ‘The IT Crowd’ had naive tech novice Katherine Parkinson given a precious box to hold. It ostensibly contained the Internet. All of it.

The World Wide Web, the Interweb, the Intertubes, call it what you will. Barely three decades old, it now connects almost half of the world’s population, with five exabytes coursing through it daily. No I don’t know what that means either, but apparently it’s equivalent to 40,000 movies per second. Slightly too large to fit in Ms Parkinson’s box.

From cat videos to connected kettles, from ordering pizza to analysing the Kardashian rear, the internet has become an essential part of our everyday lives. How on earth did we ever manage without it?

Few of us have any conception of what holds it together. Try 300 undersea cables for a start.

Experts estimate it will use 20 per cent of the world’s electricity by 2025 and release 5 per cent of our emissions. America’s data centres alone will need the equivalent of 10 nuclear power stations.

Back in the mid-nineties we were impressively tech-savvy if we searched on AltaVista, which put the world at our fingertips through 13 million queries a day at its peak. Today’s Google does 3.5 trillion. But fully half the world’s web traffic goes to just 0.1 per cent of today’s 2 billion websites.

And miaouw for the news: astonishingly there are well over 7 billion pictures of cats on the web, with 2 million videos on YouTube alone. Grumpy Cat and its ubiquitous videos earned its owners more than € 100-million. That’s a lot of Whiskas.

Of course the web has a dark side. Some estimates say up to 95 per cent of it is unindexed and thus invisible to standard browsers. Although this ‘dark web’ can have its good sides (not least in preserving the anonymity of journalists, activists and whistle-blowers), much of it is driven by criminal activity.

While China leads in adding new users with more than 800 million people connected, Chinese surfers are actually far less fortunate than the rest of us. Imagine a world without Google, YouTube, Facebook and Instagram and that’s China, infamous for its so-called ‘Great Firewall of China’ manned by a mind-boggling 50,000 internet censors.

Around 85 per cent of Spain’s people are online, but that’s still well behind global leaders like Iceland (98 per cent) and those other lucky Nordics.

So all in all, if ever you’re privileged enough to be allowed to hold the entire internet in its box, be very aware of your awesome responsibility. Respect, bro.

For better or worse

But it’s also responsible for many of our modern problems, from the rabbit-holes of time wasted on social media to the sheer destructiveness of online bullying and trolling.

In the western world we spend an estimated 24 hours a week online, and many of us have little to show for it. Our sleep is disrupted, our attention-spans fragmented, our credit cards reeling.

But observers say we are finally gaining more control over both our online identities and our habits as the dangers become all too apparent.

That eminent 21st-century philosopher Lady Gaga said famously that ‘The internet is a toilet’. But we can at least flush it to let clean water in.