A WEEKLY LOOK: The great procrastinator 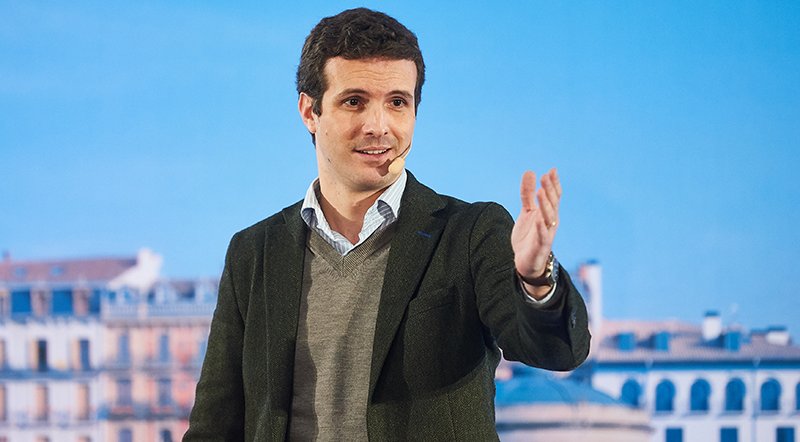 He admitted recently that it took him six hours to change a nappy for the first time but although it can be tricky, surely it’s not that tricky these days when you just take off a Dodotis, clean up what’s necessary and bung on another.

Unless he and Irene Montero are being even more commendable by returning to washable nappies which is an entirely different – and completely messy – business.

Just as well for Iglesias and Podemos that he’s not the father of triplets or quadruplets.

ANALYSTS agree that April 28 will be a very close call.

It’s generally agreed that the PSOE will be the most-voted party, which doesn’t necessarily mean that Pedro Sanchez is going to win.

What everyone want to know is whether Ciudadanos and Albert Rivera can overtake the Partido Popular.

With Pablo Casado putting together voting lists that include bullfighters this looks increasingly likely, especially as Spain’s fiesta nacional is now football.

Doubtless Casado is kicking himself for not including a couple of those, as well.

PABLO CASADO believes his inflexible approach to independence will bring back the voters.

But his latest election promise to reduce the power of the autonomies and recentralise the State is yet another indication that Casado has crossed over into a far-right Neverland.

Even Catalan remainers prefer autonomy to Madrid absolutism so they will probably prefer to stick with Ciudadanos, the most-voted party in the December 2017 and Cs.

The Partido Popular plummeted below ground level in Cataluña’s last general and regional elections, and could now be on its way down to the second basement.  If it’s lucky.

ANY general election is a collection of known knowns, unknown knowns and unknown unknowns but the biggest unknown this time round are the ERC and PDeCat separatists.

ERC always picked up votes from non-separatists and probably still can.

PDeCat, centre-right Convergencia i Unio before Artur Mas and later Carles Puigdemont started tinkering with it, usually poached votes where it overlapped with the PP.

The party goes to the polls as Junts per Catalunya, remotely controlled from Waterloo by self-exiled Çarles Puigdemont, and apparently losing its electoral grip except with hardcore separatists.

April 28 could give a hint of the way the wind is blowing.  Or reveal whether Quim Torra’s inept, lazy and ineffective regional government has taken all the wind out of PDeCat’s sails.

THE European parliament has agreed that once Brexit is consummated, Gibraltar should be referred to as a British colony.

That was Pedro Sanchez’s hair splitting victory: if Spain can’t have Gibraltar then Britain should instead be saddled with an embarrassing appendage redolent of pomp, Pimms and pith helmets.