To have and to fold 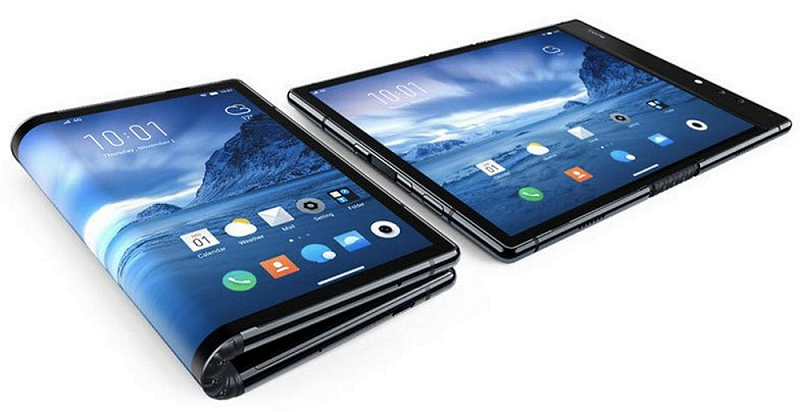 BEND IT LIKE BECKHAM: World’s first foldphone, from Royole

Folding phones: a fad or the new norm, asks Terence Kennedy
ALL hail the arrival of flexible phones. Now all their inventors need to do is find consumers gullible enough to spend two grand on them.
Earlier this year Samsung, Huawei and several also-rans unveiled their fancy new folding phones to a market frenzied with apathy. Why in Edison’s name would anyone actually want one?
The cynical answer: because in a smartphone market struggling to overcome stalled innovation and the vanilla blandness of one glass slab after another, manufacturers are desperate to introduce The Next Big Thing.
Big the folding phones certainly are. Instant candidates for a WeightWatchers course, some are double the thickness and heft of a standard phone as well as being double the price. It’s actually cheaper to buy two complete phones and use them alongside each other, but just like owning one of these fancy new Siamese-twinned phones, why would you?
Open up the clunky device and voila, you’ve got an 8-inch tablet-sized screen. One model needs dual batteries to handle the extra power drain.
Back in my formative years I opened my copy of ‘Catcher in the Rye’ so many times the cover broke. Wouldn’t the new folding phone suffer the same fate?
Not at all, say the producers; the hinge is guaranteed for ‘tens of thousands’ of foldings, thanks to innovative thin and durable polymer screens and an ingenious mechanism with multiple interlocking gears hidden in the enclosure.
It all smacks of overkill. And should we really buy the hype, given that we actually had folding phones ‘way back in 2009? That’s when those peskily awkward flip phones were the absolute height of chic with their clamshell designs.
True nerds (I plead guilty) went the whole hog and bought Nokia’s monstrous Communicator phone with its complete fold-out keyboard, in essence a computer you hoisted to your ear and about as practical as a chocolate teapot.
Flip phone users had endless tales to tell, from hitting the external internet button by mistake and then having to pay for expensive data during the subsequent scramble to open the phone and find the kill command, to the unrivalled satisfaction of being able to slam the phone shut on a bad conversation.
With the new folding phones due on sale in Europe shortly (some at an eye-watering €2,000 or more) who can say whether they are the future for anyone other than early adopters desperate to impress.
But hey, if you really want a folding phone right now there’s actually a cheaper way. Just sit on your existing phone.
5G or not 5G
THERE are only two real smartphone innovations on the horizon to part us from our cash, and folding phones are one.
5G is the other: the new superfast worldwide mobile data standard. But right now it’s still more hype than happening.
5G is touted as the driver of the ‘Internet of Things’: enabling all our connected devices to ‘talk’ to each other untouched by human hand. Perhaps more importantly, it’s the technology needed to really make driverless cars work, as your Audi negotiates wirelessly at 120 km/h with an adjacent Tesla to duke out which one owns the fast lane.
In reality for loads of us right now, 5G or not 5G is not the question, given that we can barely get 3G. On a good day.